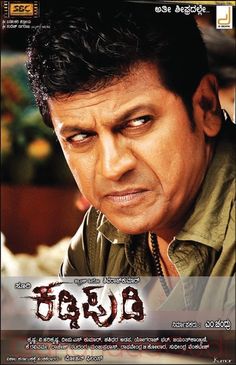 Kaddipudi is a journey into the underworld of Bangalore as the film follows the exploits of Anand, aka Kaddipudi (Shiva Rajkumar) as he tries to leave the world of rowdyism behind. As expected there are corrupt cops and dodgy politicians, but the gangsters too have few redeeming features, being violent and intent on committing the vilest of crimes whenever possible. Against this backdrop, Kaddipudi stands out as a lone honest man, along with his friend Jinke (Rangayana Raghu) and a few of the police officers. It’s an interesting film that isn’t quite as successful as Kendasampige but still entertains thanks to good performances and a reasonably well-developed story.

ACP Satyamurthy (Anant Nag) narrates the story of Kaddipudi’s early life to new police officer Tejasu who is on a mission to clean up the city and remove its gangster element. Satyamurthy explains that it’s not the gangsters who are the problem, but rather the rapists and thieves that he wants to get off the streets. It turns out that Kaddipudi is the one helping Satyamurthy in his endeavours and the rest of the first half explains the reasons. 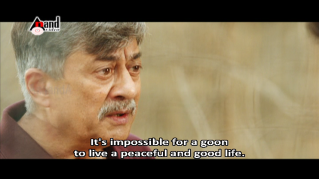 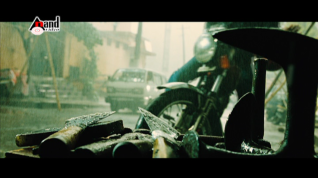 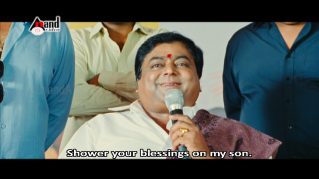 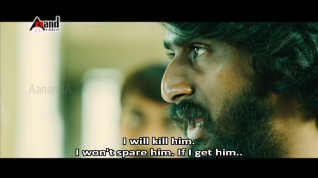 The story starts with political rivalry between Kaddipudi’s local candidate Renukaji (Renuka Prasad) and Shankarappa (Sharath Lohitashwa). Shankarappa arranges for an accident in an attempt to kill Renukaji but instead manages to paralyse the popular politician and alienate his son Gaali (Rajesh Nataranga) and Gaali’s friend Kaddipudi. Incensed by Galli and Kaddipudi’s threats, Shankarappa pays one of their friends to kill Gaali, but this too fails as Kaddipudi saves his friend’s life. However, this sparks off rivalry between Manja’s family and Kaddipudi which draws him further into violence. Since he turns out to be quite good at it, Kaddipudi gains a reputation as a gangster, but when a friend’s sister is attacked and more people die, he vows to give up his life of violence to avoid drawing his friends into the crossfire. 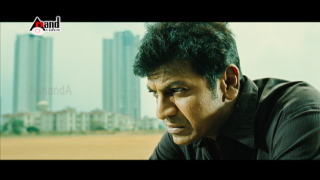 This first part of the film is rather confusing as various people pop up and are killed without there being any real explanation of who they are. However, once the relationships start to become clear (and many of the cast have already been killed off) it becomes easier to follow as it boils down more simply to Shankarappa and Manja against Renukaji, Gaali and Kaddipudi. 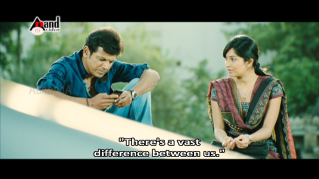 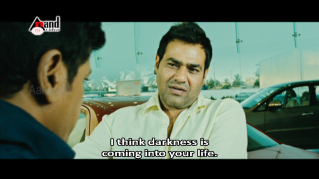 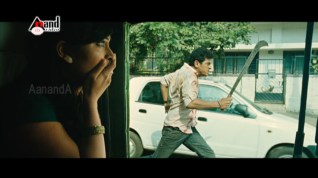 ACP Satyamurthy acts as a mentor to Kaddipudi who seems to be doing quite well as a police informer and general helper to Renukaji. He turns in some of his own men who have been guilty of raping and murdering women in the area, but although this is appreciated by the police it earns him yet more enemies. Just when it looks as if Kaddipudi will manage to turn his life around, Shankarappa arranges for Satyamurthy to be transferred and his own man, ACP Vijaya Prasad (Avinash) to be installed in his place with instructions to get rid of Kaddipudi. 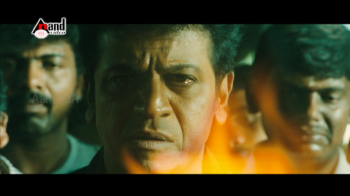 The second half moves into more familiar territory as Kaddipudi has to deal with corrupt cops as well as his gangster rivals and the machinations of Shankarappa. To break up the violence there is a love story with Uma (Radhika Pandit) and some comedy added by Jinke which is generally successful. Kaddipudi also adds to his do-gooder persona by saving a brothel worker, although this part of the story seems to be rather hurriedly tacked on and doesn’t gel with the rest of the screenplay. What does work better is the romance, and Soori allows Uma to have a good back story and believable personality. Perhaps rather less credible is her election as a politician, but it’s good to see a female character, who starts off with a relatively minor role, develop throughout the film to become one of the major characters by the end.

Jinke too has more to offer than just Kaddipudi’s comical friend, while Gaali is interestingly written as a selfish and demanding character who uses Kaddipudi in spite of their good friendship. I’m assuming that the actor playing this role is the same Rajesh Nataranga who wrote the screenplay along with Soori, and it’s interesting that he gave himself a more ambivalent role, which he does an excellent job in portraying too. 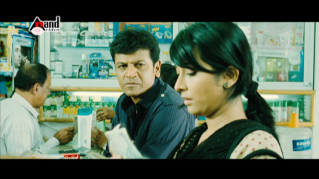 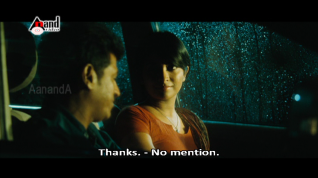 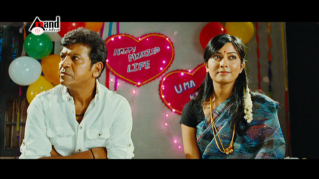 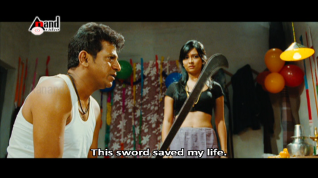 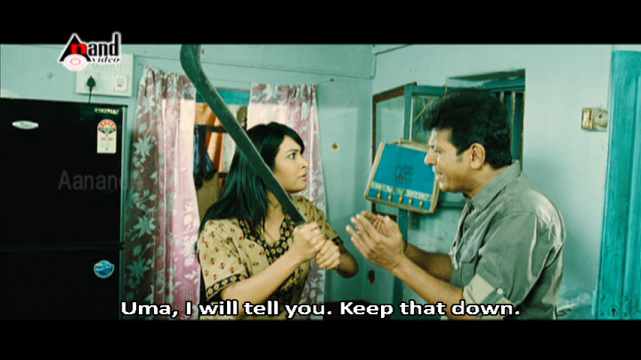 The story starts off rather slowly and isn’t helped by Shiva Rajkumar looking rather too old and tired for the role of an upstart young gangster. However, his performance is first class and time moves on and Kaddipudi becomes more jaded with the gangster life, Shiva’s appearance suits the character more. He does an excellent job throughout of portraying Kaddipudi’s conflicting desires; on the one hand he wants to settle down and live a normal life, but on the other, he can’t bear to see injustice and he is quick to respond to defend his friends and adopted family of Gaali and Renukaji.

Also good are Renuka Prasad, Anant Nag and Sharath Lohitashwa, but I really enjoyed watching Radhika Pandit as Uma. The growth of her character was very well written and her development of Uma from scared young girl to confident wife and politician excellent, making Uma a realistic persona who could fall for a reformed gangster and develop the confidence to enter politics. After all she was an actor, and what is a politician if not a performer? Radhika does a fantastic job of bringing her character to life and making her much more than the romantic interest for the hero.

There is a lot of violence in this film, and it’s of the bloody and realistic sort rather than theatrical herocentric acrobatics. There is violence against women and plenty of police brutality, but Soori keeps the film moving, ensuring that there is a reason for all the fight scenes and drives home the precariousness of life as a rowdy in the underworld. Soori has crafted a thought-provoking story that has a lot to offer once you get past the rather slow start and a few side-plots that don’t lead anywhere. Not one for the fainthearted but definitely worth a watch if you enjoy gritty gangster films and don’t mind the bloodshed. 3 ½ stars.