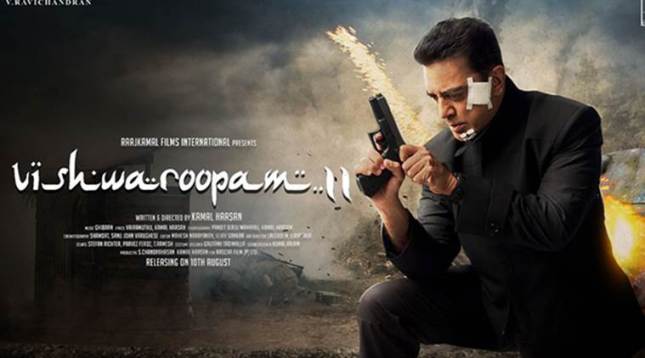 Kamal Haasan’s sequel fills in much of the backstory from Vishwaroopam and there are flashbacks a plenty as RAW Agent Wisam (Kamal Haasan) faces off again against terrorist Omar (Rahul Bose) and his dirty bomb threats. Despite all the explanation, it’s best to have seen the first film to understand the sequel, although the few brief glimpses of key scenes – the warehouse fight, Vis in full dance-instructor mode, are enough to jog the memory so a re-watch prior is not necessary. Fleshing out the background does help put everything into perspective but sadly VII has nowhere near as much finesse and style as the first film. Along with jolting between the past and present, the sequel plot doesn’t get anything like the same attention to detail and the ‘bomb’ situation in VII is over almost before it begins. However, the flash-back sequences are good, Kamal Haasan is still impressive in the action sequences and Rahul Bose is fabulous as Omar suffering the effects of radiation poisoning.

The film starts just after the end of Part 1, with Wisam (aka Vis) taking the body of Dr Dawkins back to the UK, accompanied by his wife Nirupama (Pooja Kumar), fellow agent Ashmita (Andrea Jeremiah) and his handler Colonel Jagannath (Shekhar Kapur). Once on English soil Wisam butts heads with Eshwar Iyer (Ananth Mahadevan), in charge of Indian special operations in the UK in a side plot that is never fully developed. It feels as if there are a number of scenes missing and Eshwar is another character who is gone before he’s made any impact. Of greater urgency is the terrorist’s plot to blow up the shipwrecked SS Richard Montgomery near Sheerness, which leads to a couple of well-choreographed action sequences including one underwater. Full marks for incorporating a real historical incident (the ship sank in 1944 carrying a full load of explosives and has never been fully salvaged due to the risks involved in recovery) but marks off for the lack of suspense since the mission to retrieve the terrorists’ explosive device fails to deliver any tension, despite Nirupama having to dive through the ship’s unexploded ordinance. 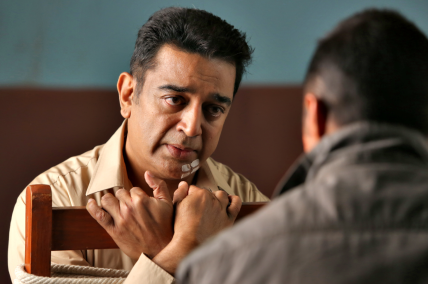 And that’s the problem with much of the action this time around. The hunt for Omar and Salim is side-lined for needless scenes including several suggesting some kind of jealousy between Ashmita and Nirupama. These really didn’t work at all and I can’t decide if that was due to the bad dialogue or just the body language from the two actors which suggested that they were both uncomfortable with this angle as well. The romance between Wisam and his wife also occupies far too much screen time for an action flick, especially when it’s at the expense of developing the villains of the piece, who only appear briefly towards the end. In addition, most of the scenes set in the present day appear as set pieces – short bursts of action or dialogue which don’t relate well to each other or to the flash-back sequences. On the whole the flash-backs actually work better, perhaps because they are shedding light on characters motivations and revealing what happened to key players but also because there is more energy in these scenes. 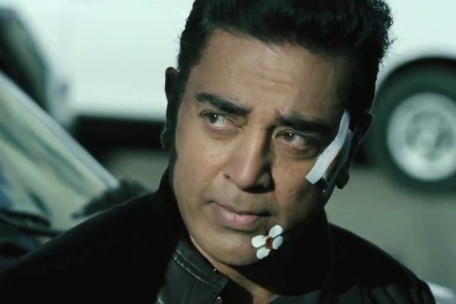 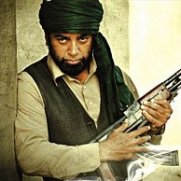 One thread that does work well in the present day is the introduction of Waheeda Rehman as Wisam’s mother. On the wall are pictures of a young Kamal Haasan and youthful Waheeda while the beautiful song Naanagiya Nadhimoolamae plays over her reminisces of her son’s dancing skills. This scene is made all the more poignant by the fact that she has Alzheimer’s disease and doesn’t recognise Wisam as her son. Waheeda Rehman is excellent and still so incredibly elegant, and it makes perfect sense that she should have taught her son all he knows about dance.

The action moves from the UK to Delhi, where finally Omar and Salim (Jaideep Ahlawat) get time onscreen, but it’s too little too late. The film suffers from not having a clear track featuring the villain in the present day, especially when Omar has already had so much presence in the flashbacks. Instead we get various, almost faceless terrorists who are dispatched quickly without too much fanfare. While there is plenty of blood and gore, most of this seems coldly clinical although there is one nicely executed sequence where a splatter of blood turns into a map. Omar’s artificial eye gets another work-out and Rahul Bose’s harsh rasp is chillingly effective, as is the make-up departments dedication to creating slowly dissolving flesh caused by radiation sickness. However, the final showdown seems almost cartoonish in its delivery and execution, especially given that it all happens so very quickly and comes to a sudden conclusion.

After the brilliance of the first film and all the hype (and long wait) for the second it was perhaps inevitable that Vishwaroopam II would fail to fully deliver. Vishwaroopam was a sophisticated spy drama with excellent special effects and clever dialogue that broke away from the more typical masala action film, while VII seems to slip back into more standard fare. While VII does retain some of the original ideas, the dialogue seems more laboured, while the central plot is buried behind the many flashbacks and explanation scenes. Although the actors all reprise their roles well, there seems to be less energy this time round and despite their greater time onscreen, the characters of Ashmita and Nirupama aren’t as well utilised in the plot. Although VII isn’t terrible the screenplay is haphazard with the plot more of an afterthought to flesh out those extra scenes that didn’t fit into the first film – and therein lies the problem. VII isn’t a film that stands up by itself and although it works as a sequel, it really needed to be more than just that.