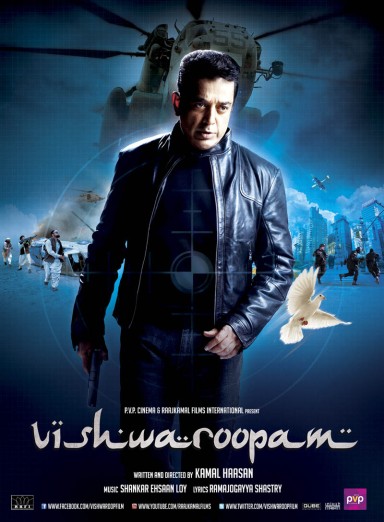 I left Hyderabad the day Vishwaroopam opened and of course it was then banned while I was in Tamil Nadu, so I didn’t get to watch the film until its DVD release.  But it was definitely well worth the wait! Vishwaroopam is a slick and well-made spy thriller which features excellent performances from the entire cast.  The only downside comes in the last 20 minutes or so when everything is tied up a little too conveniently for my liking, and unusually for a Tamil film not everyone dies!  The last few scenes set everything up for Vishwaroopam II, and perhaps there will be some bigger fireworks and a more impressive ending for the ultimate finale.  The plot revolves around the ‘war on terror’ and in style and delivery is reminiscent of various Hollywood spy thrillers, combining overlapping story lines and interweaving time frames to ensure the film stays gripping right to (almost) the very last minute.

The film opens with Nirupama (Pooja Kumar) explaining how she has an arranged marriage with Vishwanath (Kamal Haasan), a middle aged classical dance teacher, which enabled her to come to America and obtain her PhD in nuclear oncology (this I couldn’t believe – 3 years and she’s finished already?!).  Despite her marriage, Nirupama is attracted to her boss, Deepak (Samrat Chakrabarti) so she hires a private detective to stalk her husband in the hope that the detective will uncover a reason for her to divorce.  Of course she does – this is New York after all.  Somehow in the process of chasing after this mild mannered dance teacher, the detective stumbles onto a terrorist cell, which leads to the terrorists tracking down Nirupama and her husband.

Now, I ask you, does this look like a man who can counter terrorists?

Well, you’d better believe it.  Vishwanath, or as he later reveals his real name Wisam Ahmad Kashmiri manages to take out the terrorists in a piece of action that’s so good we get to see it twice. It really is worth it though! 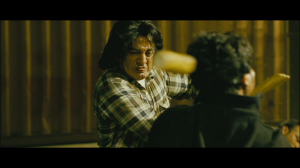 After the Kathak teacher shows us just why it doesn’t pay to mess with a dance master, the story is off and running as Wisam takes us on a flashback into his past in Afghanistan.  Here we see a completely different character since Wisam is a jihadist, living with, and training Al-Qaeda terrorists along with Omar (Rahul Bose) and his sidekick Salim (Jaideep Ahlawat).  Wisam is as different as it’s possible to be from Vishwanath and yet Kamal Haasan makes it easy for us to believe in the transition by ensuring both characters show the same amount of passion for their beliefs. 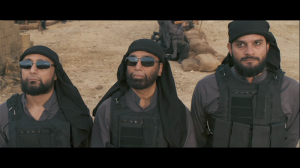 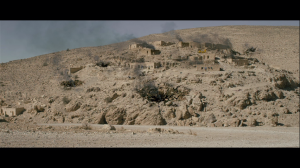 Rahul Bose is also excellent as a more fanatical jihadist and the interactions between the two men are a wonderful mixture of camaraderie and suspicion.   There is plenty of symbolism too, which is occasionally a little heavy handed as the point is made in a number of different ways that in every conflict the ones who really suffer are the children.  There are some well thought out glimpses of life in a mujahedeen training camp as the scenes move between day to day life, terrorist activity and attacks by the Allied Forces.  Writer/director Kamal Haasan doesn’t pull any punches here and the depiction of the attacks and the killing of prisoners are reasonably graphic and quite gruesome in parts.  But then again, it’s nothing we haven’t all seen on news reports over the last few years.  From that alone the film does appear to be very realistic.  Cinematographer Sanu Varughese does a fantastic job in capturing the vibe of New York along with some spectacular scenery in Afghanistan, interlaced with claustrophobic shots of the terrorists in their hideouts and caves.

The first half is full of action as the film moves from the training camps in Afghanistan back to the present day and Omar’s current plans to blow up a dirty bomb in New York.  Best of all for me, Omar now has a glass eye, and there are some excellent shots where it’s very obvious that both eyes aren’t looking in the same direction.  I admire that level of dedication to the character! Occasionally Rahul Bose almost topples into caricature with Omar’s limping shuffle and virtually incoherent whisper due to his physical ailments, but he still manages to keep an aura of menace in most scenes. 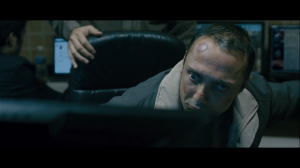 After all the bomb blasts, rocket launchers and gunfire it’s inevitable that when the action moves back to New York there has to be some explanation and investigation which slows things down a little.  However the tense momentum of the first half isn’t sustained in the much shorter second half of the film.  In addition to the slower pace, the answers seem to be found just a little too readily and the explanations are just a little too glib.  Still, these are minor points and overall the story is complex and absorbing.  It’s a spy thriller so of course no-one is quite as they seem, except perhaps poor Nirupama who is caught up in her work to the exclusion of everything else and in typical research scientist mode doesn’t see what seems to have been right under her nose all the time.  Andrea Jeremiah, Jaideep Ahlawat and Shekhar Kapur are also good in their supporting roles. 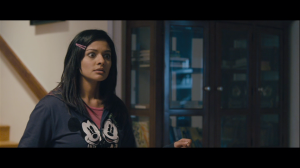 As a spy thriller Vishwaroopam fulfils everything expected – there’s a convoluted story featuring plenty of twists, great action spanning fight scenes, car chases and plenty of explosions, and even a hint of romance.  The star of the show is definitely Kamal Haasan who is brilliant as his character morphs from one persona to the next, but Rahul Bose is close behind in the acting stakes, and Pooja Kumar does an excellent job with her portrayal of Nirupama.   Overall it’s an enthralling watch and bodes well for part II. 4 ½ stars.