Sequels are always tricky. Returning to a popular character or scenario is fraught with unfavourable comparisons, and finding a new story that works while retaining the aspects that made the original film so popular is another minefield to cross. There are a few sequels that turn out better than the original film but they are the exception, and sadly VIP 2 isn’t one of them. However, while it may not be the best sequel ever made, it’s certainly not the worst and as an all-round entertainer, it fares reasonably well. Most of the success is due to Dhanush who carries the film over some occasionally rough ground, but Kajol makes a better than average adversary while the presence of many of the original cast (including Harry Potter) ensure good continuity with the first film.

After dealing with Arun in VIP, the sequel opens with Raghuvaran (Dhanush) still working for Ramkumar (M.J. Shriram) at Anitha Constructions and winning the Engineer of the Year award. This brings him to the attention of Vasundhara Parameshwar (Kajol) who runs the biggest engineering firm in South India. Raghuvaran’s dismissal of her offer of employment rankles, but not as much as his admonishment to be less arrogant when Anitha Constructions wins a big contract over Vasundhara. A self-made woman who has clawed her way up from the bottom, Vasundhara makes it her mission in life to squash Raghuvaran like the bug she perceives him to be, but of course it’s not going to be as simple as she believes.

All the elements are there from the previous film, Raghuvaran’s beloved cycle, his dedication to the memory of his mother, and his unfortunate tendency to drink too much when faced with a problem. What doesn’t work quite so well is the change in Shalini (Amala Paul) from a sensible romantic interest to a shrewish and nagging wife. Supposedly this is due to giving up her job and taking over all the household chores, which to be perfectly honest is enough to drive anyone to grumpiness, but the constant bickering wears thin very fast. Worst still, Shalini’s nagging is supposed to be funny, but it’s just as irritating to the audience as to Raghuvaran’s family. 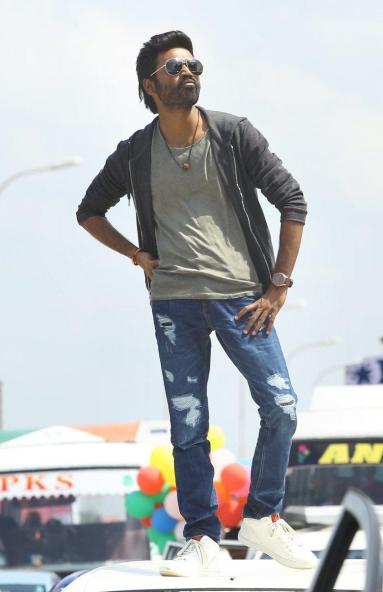 Kajol is a huge improvement over Arun and his father as the villain of the piece. Her entrance is more typical of a hero as the first glimpse is of her stylish and very pointed stiletto hitting the ground as she arrives at the Engineering awards ceremony. In fact, the crowd reaction was just as loud and enthusiastic for Vasundhara’s entrance as it was for Raghuvaran’s first appearance on screen. Kajol totally owns the role and her arrogance and confidence are a perfect balance to Raghuvaran and Ramkumar’s humility and attention to detail. And yet she’s not evil or out to destroy the poor of society, simply determined to push though her own ideas and methods regardless of anyone standing in her way. However, after a great start, her repeated attempts to get the better of Raghuvaran start to seem petty and churlish rather than decisive and it seems unlikely that someone who had the strength and ability to run a successful company would be quite as petulant and narrow-minded. Still, Kajol is stunning as she sweeps around in her tailored suits and stylish sunglasses, while her menacing dialogues are surprisingly effective. 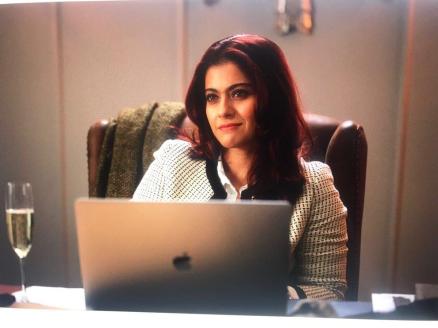 Raghuvan’s father (Samuthirakani) is a more supportive figure this time round, but his brother Karthik (Hrishkesh) barely gets to say a word and most of the VIP boys suffer the same fate. Without any substantial input, they become a faceless mass without any of the charm or appeal that allowed a connection to develop to these characters in the original film. The film is significantly more focused on Dhanush, who has the acting chops to carry it off, but at the expense of a more coherent storyline. The plot wanders as story and screenplay writers Dhanush and Soundarya Rajinikanth try to include as many of the characters as possible from VIP 1, but run out of things for them all to do. Saravana Subbiah pops up as an unscrupulous developer while Vivek reprises his role as Raghuvaran’s side-kick Azhagusundaram. While both are fine in their roles, the characters seem to be added in, one for comedy and one to have a reason for the fight scenes, rather than have a true background and reason to be in the script. The final confrontation between Raghuvaran and Vasundhara is also a little disappointing although otherwise the chemistry between Dhanush and Kajol is excellent and the atmosphere between the two crackles at each meeting. 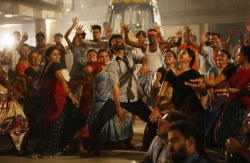 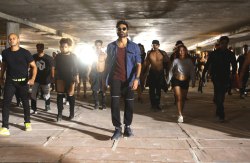 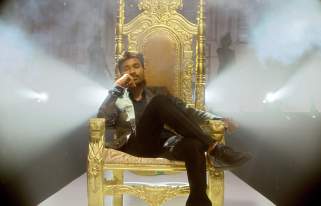 Sean Roldan’s music is perfectly fine but the songs don’t have the same anthemic qualities as Anirudh’s previous tunes, a fact underscored every time the original theme for Raghuvaran plays in the background. However, the choreography is slicker than in the first film and the fight scenes are also of a high quality.

If this was a stand-alone film, I would have rated it as a good action movie with an interesting concept and two excellent characters in Raghuvaran and Vasundhara. The addition of a strong and powerful female character works well here, and Dhanush emphasizes gender equality a number of times throughout the film, although it doesn’t quite gel with his wife having stopped work to look after the family home. The problem is that this is a sequel, and while the original elements are cleverly arranged to form the foundation of the film, too much feels to be added simply because it was part of the first film, while VIP2 doesn’t have a strong enough identity to pull away and succeed without that original scaffolding being firmly in place. It is however much better than I expected and both Dhanush and Kajol turn in strong performances under Soundarya’s direction to make VIP2 more than just a film for fans, but one that’s unlikely to reach quite the same cult status as the original movie.