Rahul Sankrityan’s Taxiwaala is a supernatural comedy based around a taxi driver’s relationship with his car – which turns out to have a few more extras than he bargained for. The film has plenty of laughs, mixed in with a smattering of uncanny moments and just enough to jump scares to keep it interesting, although it does start to falter a little in the second half. Thankfully Vijay Devarakonda, Madhunandan and Vishnu Oi make an excellent team, helping to keep the film on track as it attempts to veer off down a number of side alleys. Their top-notch performances and a well written story ensure Taxiwaala is entertaining, even if it does end with an overly sentimental finale.

The film starts with a few set-up scenes to introduce the concept of a haunted car and it doesn’t really take off until Shiva (Vijay Devarakonda) arrives at his uncle’s garage in Hyderabad, looking for work. His uncle Babai (Madhunandan) runs the garage along with his apprentice (Vishnu Oi) called Hollywood because of his interest in American films. Babai suggests a number of jobs for Shiva, but since all of these involve major effort for little reward, Shiva struggles to stay in any of them longer than a day. So when an advert for taxi drivers goes up on a billboard near the garage, it seems like the answer to Shiva’s problems. Except that he needs a car… and he doesn’t have any money… 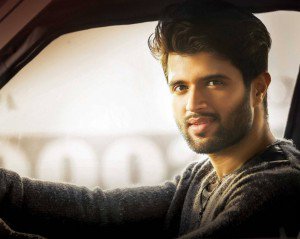 Luckily for Shiva his brother (Ravi Prakash) and sister-in-law (Kalyani) come to his rescue and raise the money he needs. With his limited funds, Shiva doesn’t have much choice, but is overjoyed when a broker finds him a vintage Contessa car at the right price. Even though the owner Raghu Ram (Sijju Menon) seems dodgy, and we already know that the car has given its previous owner some issues, Shiva is ecstatic with his purchase and takes time to fully restore the vintage car before starting work as a taxi driver. Although Shiva does well as a taxi driver, it doesn’t take long for the true nature of his car to make itself known and Shiva has to decide if the risk is worth the reward. It’s not as simple as just giving up either, since Shiva is paying for his sister-in-law’s vital medical treatment now that he is in a position to pay his brother back. 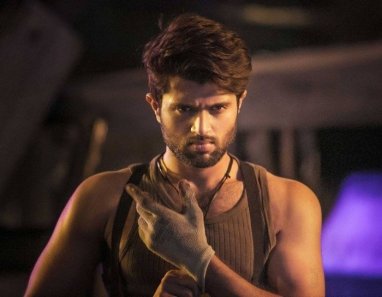 What works really well here is the character of Shiva and his petrol-head fuelled love of his car. It’s easy to understand how he falls heads over heels for the vintage automobile at first sight and why it becomes such an integral part of his life so quickly. His girlfriend Anu even comments that she takes second place to the car, and that is very definitely true. Vijay Devakonda has plenty of charisma and he turns it on full for much of this film, endearing himself to his passengers and ultimately the audience too as he comes to grips with working as a taxi driver and dealing with customers. Vijay has great comedic timing and uses it to good effect throughout the film so that his actions come across as totally spontaneous, which is a hard thing to get right. Madheenandan and Vishnu Oi are also hilarious and writer Saikumar Reddy has done an excellent job with the dialogues which really are laugh-out-loud funny. Adding a more traditional comedy actor can completely change the tone of a film and move the comedy focus away from the action, however here Chammak Chandra enhances the story in his support role without taking anything away from the main leads. Also, a major plus is the fact that his comedy comes through dialogue rather than slapstick and his involvement is kept in context with the main action.

Newcomer Priyanka Jawalkar plays the role of Anu, a taxi passenger who ends up in a relationship with Shiva after he behaves chivalrously when she is very drunk one night. After the initial meeting, Priyanka has very little to do here, the entire romance is pretty much all contained in one song, and she doesn’t have much chemistry with Vijay so it’s hard to say too much about her capabilities. However she’s fine with what she has to work with and it will be interesting to see her in a more central role. Malavika Nair has a little more to do as Sisira Bharadwaj and there is an extended flashback in the second half that explains her story. She still doesn’t have enough screen time to make much of an impact but her performance is competent even if I didn’t quite buy into the reasoning behind her choices. The flashback involves Yamuna as Sisira’s mother, Shijju as her stepfather and Ravi Varma as a paranormal professor who explains the concept of astral projection, all of which means that the flashback is rather too long. While the length means it detracts somewhat from the main story, it does provide a neat explanation for everything that has happened so far and sets up the finale reasonably well. 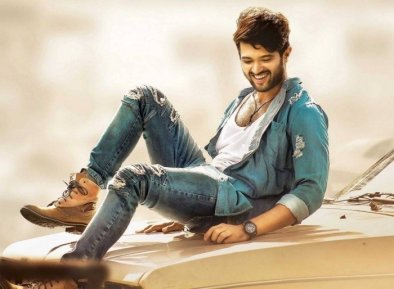 Overall the film looks good and the special effects are well done, especially those centered on the car. The jump scares are genuinely unexpected and mostly tied in with some comedy which works really well. Jakes Bejoy’s music also fits the mood, particularly the background score, and the songs themselves are reasonably catchy. Sujith Sarang provides excellent cinematography and the action is all well choreographed and suits the characterisation of Shiva. There are no big all out fight scenes, but instead plenty of small action scenes, the most impressive of which require Vijay to act against the car. It’s to his credit that he makes these believable with his reactions. Rekhs and her team (credited for a change!) do a magnificent job ensuring that the subtitles make sense in English, and they have also subtitled the written captions, which are so often forgotten in films. I love the yellow font too, which is so much more visible and easier to read than white. 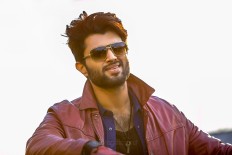 The only real issues here are the long diversions in the second half to explain the supernatural element and a rather schmaltzy finale which all happens a little too easily for me. For the most part the story moves along well and although there are some obvious plot holes I think that is to be expected when talking about something so unrealistic. The best part of the film is undoubtedly the comedy but with great performances and a well written story, Taxiwaala is definitely another hit for Vijay Devarakonda. It’s clear he’s going places too – last night’s Melbourne show was the first Telugu film in a long time that played to a full cinema and the film had an appreciative reception. This is one definitely worth catching on the big screen to get the full impact of the special effects and really appreciate the comedy.