After the success of his début venture, Nalan Kumarasamy unexpectedly follows Soodhu Kavvum with an official remake of a Korean film; Kim Kwang-sik’s My Dear Desperado. I haven’t seen the original but the story of an unlikely friendship between a gangster and a young IT graduate translates well to Chennai, while Vijay Sethupathi and Madonna Sebastian are both excellent in the lead roles. Despite the title (which translates to “Love too shall pass”), there is little romance in the film, but instead Nalan’s screenplay includes plenty of comedy, a good dash of drama and only a smidgen of violence. Nalan keeps to his trademark witty dialogue and quirky characterisation too with plenty of funny one-liners, making Kadhalum Kadandhu Pogum engaging and definitely well worth a watch.

The focus of the story is Yazhini (Madonna Sebastian), newly graduated from a small regional college and desperate to escape her confining life with her parents in Viluppuram. Somehow she manages to secure a job in Chennai and escapes to a shared flat and the realisation of her dream, but unfortunately her happiness is short-lived. The company folds, her job goes and Yazhini is left looking for somewhere less expensive to live as she struggles to find a new job. 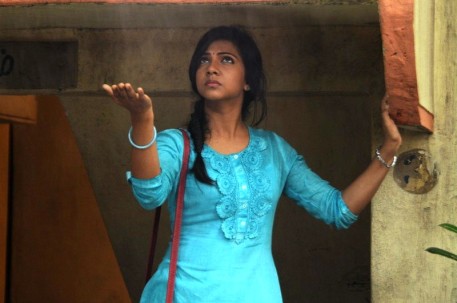 Yazhini’s move downwards into cheaper digs brings her into contact with the seamier side of life in Chennai, and she quickly discovers that her neighbour is a rowdy who works as an enforcer for the local area councillor. Kathir (Vijay Sethupathi) is newly released from jail and wants nothing more than to run his own bar, but his boss decides that his talents lie more in dealing with petty disputes and training up a new recruit. While Yazhini thinks that Chennai offers a world of opportunity, Kathir knows that even a small dream can be impossible to achieve and this difference in outlook is what makes their eventual friendship even more unlikely. 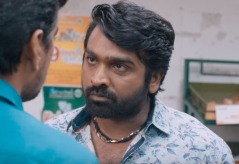 Initially Yazhini is frightened of Kathir and the world he represents, but gradually she warms to her neighbour and discovers that he’s not as violent as first appears. Madonna Sebastian’s Yazhini is confident but not reckless and her determination to succeed makes her a likeable character. She suffers numerous setbacks but rarely loses her optimism and for the most part her dilemma feels genuine and plausible. I really liked Madonna here after her excellent performance in Premam and I hope she gets more of these kind of roles where there is something more to her character than simply eye candy. Yazhini is a strong character who knows exactly what she wants and isn’t afraid of trying almost anything to achieve her dream. Kudos to Nalan for not making Yazhini follow the usual heroine path in a Tamil film, and avoiding a conventional romance and an unhappy end even though she’s an independent, modern career woman. 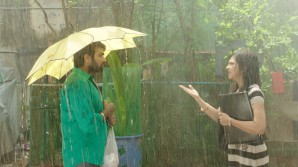 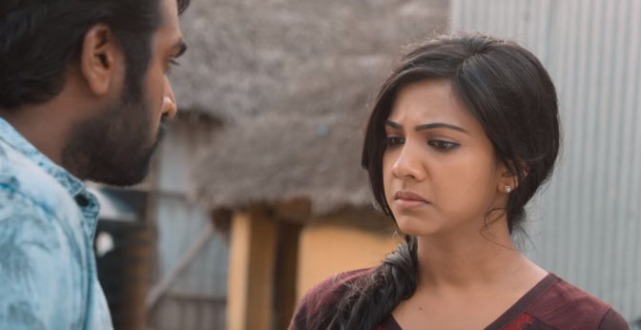 Kathir on the other hand is laconic and laid back, possibly because he isn’t a very good gangster! It’s rare that the main male lead loses his fights so emphatically, but despite instigating much of the dishoom, Kathir is the one who ends up bruised and bloody by the end. Even Yazhini comments on his frequent injuries and when added in to Kathir’s impulsive and erratic nature it becomes obvious why his boss doesn’t trust him with the management of a bar. Vijay Sethupathi excels at these kinds of roles where he can mix up comedy with fight scenes and a fair amount of melodrama to make a surprisingly convincing character. He has an excellent rapport with his co-star and his bumbling thug with a tender heart has plenty of quirks that make him seem more authentic. My favourite is his ability to rustle up a mean curry despite his deficiencies as a fighter. Jail may not have taught Kathir how to fight but it did teach him how to cook!

The support cast mainly have small roles, but all are good and effective with Samuthirakani the most notable as a corrupt police officer. For the most part the film concentrates on Yazhini and Kathir, their individual failures, small successes and the support each gains from the other as time goes by. To succeed, both Vijay Sethupathi and Madonna Sebastian need to be balanced in their performances and they manage it beautifully – making sure that the film doesn’t lose momentum even when the story switches between the two characters. Together they are even better and their relationship is the reason the film does work so well.

While Kadhalum Kadandhu Pogum may not pack the same punch as Soodhu Kavvum it’s still an enjoyable film with plenty of comedy and a well written storyline. Although there are no major twists it’s still never predictable or dull and I found quite a few surprises along the way. A film about friendship rather than romance between a man and a woman is relatively rare in Tamil cinema and this is an excellent example of just how good a story can be without adding in unnecessary love scenes. Add the always very watchable Vijay Sethupathi and Kadhalum Kadandhu Pogum is definitely well worth a watch.