Before the release of his blockbuster Drishyam in 2013, director Jeethu Joseph had a hit with this thriller/crime drama starring Prithviraj as a cop on the trail of a serial killer. Despite the tag of crime thriller, Memories is more than just a simple tale of a murder investigation with the requisite suspects, dead ends and clues that gradually lead to the killer. Although all of that is still there, the film focuses more on the character of the lead investigating officer and his day to day struggles to deal with his difficult past. It’s a good attempt to deliver a more Hollywood-style drama but in the final scenes the film is let down by a rather unbelievable protagonist and a few plot holes that develop as a result. It’s still well worth a watch though for a number of excellent performances, most notably from Prithviraj, and an effective build-up of suspense in the first half of the film.

Sam Alex (Prithviraj) was a successful police officer before the fall-out from a raid on a criminal gang impacted his own family life. As a result, Sam continually relives the moments where he lost his wife Teena (Meghana Raj) and young daughter to an escaped member of the gang, and through flashbacks, the film gradually builds a picture of his happy past.  There is only one song in the film which is used to show a series of montages of Sam’s previously happy life. Yes, it’s a little over the top and maudlin, but it is a lovely song and since it’s the only part of the film where Sam gets to smile, it’s worth a look.

To deal with his memories, Sam drowns his sorrows in the demon drink, and although he hasn’t been thrown off the force, he is physically and mentally unable to continue with his police work. Luckily for Sam, he lives with his mother Marykutty (Vanitha Krishnachandran) in a rather swish house and seems able to spend all day drinking at the local watering hole without any obvious financial problems. In addition, his police chief, IG Menon (Vigayaraghavan) looks on him as a kind of ‘godson’ and is prepared to offer him every possible opportunity to get his life back on track. However, Sam prefers to wallow in his own misery, and it takes a direct plea from his mother (ah – the power of an Indian ma!) to finally get him involved in the murder investigation. 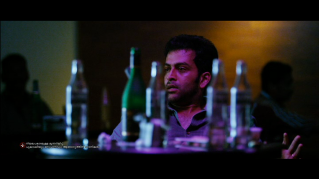 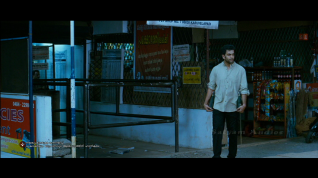 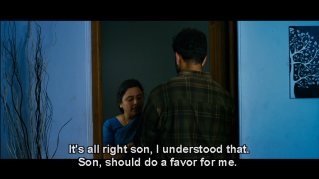 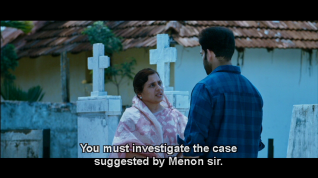 The set-up for the mystery is solidly executed and, up until near the end when the killer is revealed, each step in the investigation is well plotted with appropriately puzzling twists.  Initially a man disappears from a car park after a shopping expedition with his wife, and his tortured body is found tied to a tree a few days later.  A second grisly discovery sees SP Vinod Krishna (Suresh Krishna) trying to find a serial killer in all the wrong places and it’s at that point IG Menon decides that Sam could be just what the investigation needs. Certainly he couldn’t manage to do a worse job than the hapless SP Vinod! Needless to say SP Vinod is not best pleased to have his inquiry lumbered with a has-been who spends all day drinking. Literally. 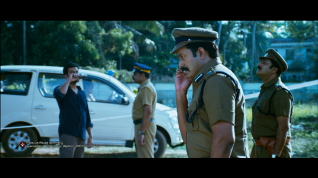 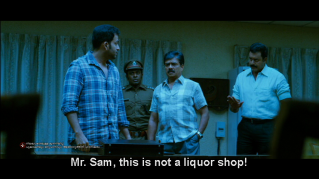 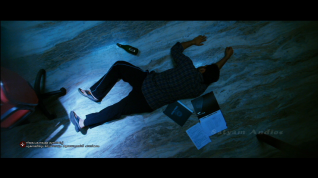 To add to their woes, a local journalist is giving the police a hard time about the murders, and the body count keeps getting higher while the list of possible suspects gets smaller. The build-up of suspense keeps the momentum of the story going and for most of the film the investigation is relatively realistic – at least as far as any fictionalised crime drama ever manages to be.   The problem comes later in the film where the final motivation of the killer doesn’t reach the same level of plausibility, and the climax ends up a little too predictable and overly melodramatic. However, unlike similar Hollywood stories, there is admirably less focus on the blood and gore, and more attention paid to the psychology of the killer even if he’s still just a little too superficial in the end. 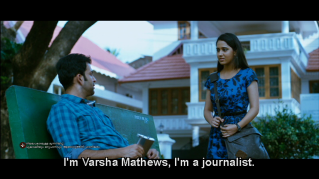 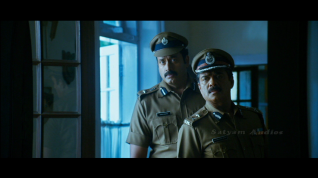 Prithviraj is excellent in the role of the alcoholic cop who just wants to be left alone with his memories. I really like the characterisation and the way that Sam only takes part in the police investigation on his own terms. Going back to the job he blamed for the death of his family is just one of the many issues dealt with, and the ripple effect of Sam’s alcoholism and the impact on his brother and mother is a constant undercurrent to his work. I also like that getting back into a police investigation isn’t a quick fix for Sam’s issues and he keeps drinking throughout the investigation, while any rehabilitation from alcoholism is shown as a long and difficult struggle. The focus on his flaws, the difficulties he has in dealing with the families of the murder victims and his co-workers are all cleverly used to draw his character in more detail.  The role is absolutely central to the film and Prithviraj carries it off with ease while ensuring plenty of empathy for his character, even though he’s really not particularly likeable and remains relatively self-centred throughout. 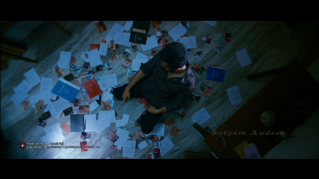 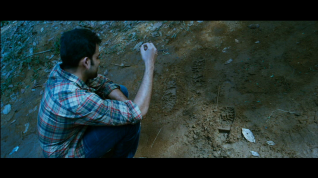 The support cast are all quietly capable in their roles.  Rahul Madhav is effective as Sam’s semi-estranged brother, and Vijayaraghavan, Suresh Krishna and the rest of the police officers provide strong support as the investigation unfolds. Mia George appears as an investigative journalist who initially gives Sam a hard time about his drinking habits and berates SP Vinod for his ineffectiveness, but she effectively disappears from the story once she becomes more supportive. I’m not convinced that her role was strictly necessary and the plot would have been sharper without her inclusion.

A few things made me smile, Oddly the chests of the murder victims are pixilated during the autopsy scenes, despite the fact that this contains an important clue. It is laid out in detail later, but even a brief view would have helped to understand why Sam was so fixated on a number of pieces of paper and photographs. I’m really not sure if this censorship was due to modesty or the gore factor, but it was bizarre.  The subtitles are also rather interesting, including the idea that the killer tried to procrastinate the murder, although I think what they really meant to say was delay the death. Procrastination sounds much less terminal! And there is good use of a map – always a handy tool for murder investigations and I do appreciate good use of a prop. 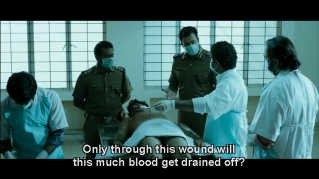 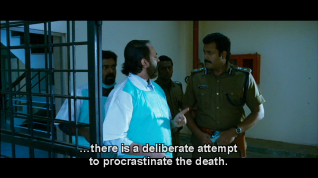 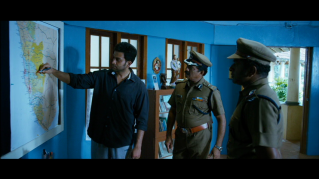 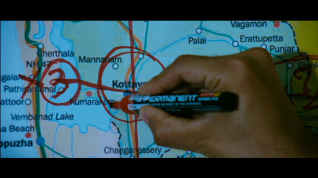 While there is nothing ground-breaking about Memories, it is a good story with all the requisite elements for a crime thriller. The murders and their subsequent investigation do tend towards formulaic but that’s not necessarily a bad thing, and everything is well pieced together to make a mostly convincing story. The psychology behind the main character is more interesting and it is this detail that moves the film from average to noteworthy, particularly when that main character is played by Prithviraj. Solidly entertaining and one of the better films from last year, Memories is definitely well worth a watch and a good addition to the crime genre. 3½ stars