After watching Srijit Mukherji’s excellent Chotuskone, I was inspired to track down some of his other films and where better to start than with his 2010 début, Autograph. This is another film within a film but this time new director Shubhobrata Mitra (Indraneil Sengupta) is out to remake Satyajit Ray’s famous Nayak and wants Bengali superstar Arun Chatterjee (Prosenjit Chatterjee) to play the lead role. The film story and the real-life story cleverly intertwine and both mirror the plot of Nayak although it’s the inter-personal relationships that are the main driver of the film.  While Autograph is not as polished as Chotuskone, it’s an interesting choice of subject and a fantastic début film for Srijit Mukerji.

Satyajit Ray’s Nayak is a classic of Bengali cinema where a famous film actor pours out his life story, including his insecurities and mistakes, to a young journalist on a train. While Srijit Mukerji describes Autograph as a tribute to the famous director, within the film aspiring writer/director Shubhobrata Mitra (aka Shubho) explains more simply that he is remaking Nayak (with further inspiration from Ingmar Bergman’s Wild Strawberries!) and updating it for a modern audience. As Autograph begins, after two years of unsuccessful approaches to Arun’s agent Ashu (Pijush Ganguly) Shubho has finally managed to secure a meeting with the famous actor. We know straight away that Shubho is a good guy because he gives money to a street beggar when his car stops on the way to the interview, ensuring that the audience are behind the attempts of this ‘underdog’ to secure Arun as the lead in his film. 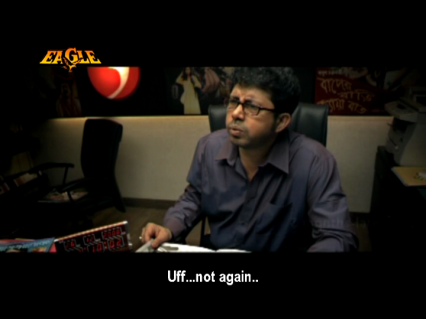 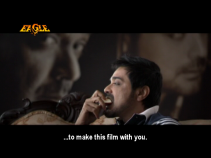 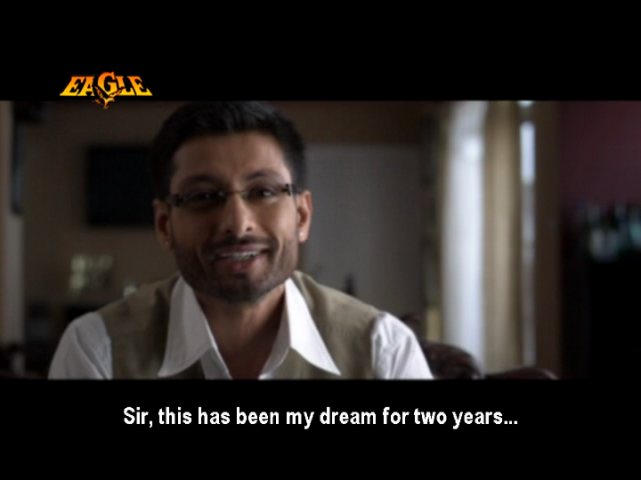 What Shubho doesn’t know is that Arun has seen a TV interview with successful producer Manoj Sarkar (Biswajit Chakraborty) declaring that a star was not necessary for a successful film. Arun is determined to show that even with a first-time director his stardom will ensure a hit film, even if he has to take over and direct the film himself. However, Shubho has a vision and he isn’t willing to compromise on his screenplay, which makes Arun look more favourably on Shubho’s proposal. Arun also agrees to produce the film and with Shubho properly humble and eager to work with an experienced team, it looks as if his big break has finally arrived. 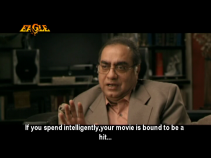 Shubho needs a strong actor to take on the role of the young female journalist played by Sharmila Tagore in the original film and decides on his partner Srinandita (Nandana Sen), a theatre actor for the part.  Srin though isn’t keen, citing her inexperience and her relationship with Shubho as reasons not to take on the role. In reality she doesn’t want to work with one of her idols and is intimidated by the thought of working alongside such a big star.  Despite his apparent vanity and pride (check out the massive portraits everywhere in his house), Arun is a total professional who quickly puts Srin at ease and helps her with her performance. Real and reel life start to overlap as Arun takes Srin out to dinner and starts to confess his own insecurities and regrets, just as his character does in Shubho’s film. 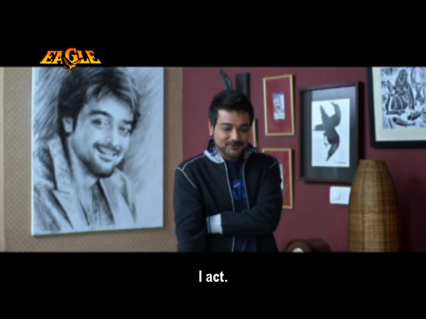 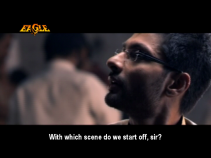 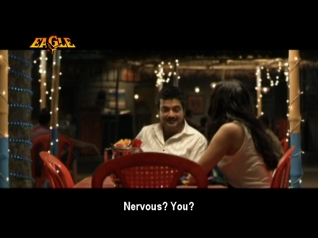 But as the friendship is developing between Arun and Srin, Shubho becomes more and more arrogant and egotistical as the shoot progresses. He criticises the crew, is appallingly rude to everyone and berates Srin for her poor performance as Arun helps her practice her lines. He manages to stop short of criticising his leading man but only because he knows which side of his bread is buttered. For Shubho, this film is his chance to finally make it in the industry and he’s prepared to sacrifice his friends, Srin and everyone else to make his dream come true. 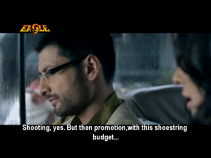 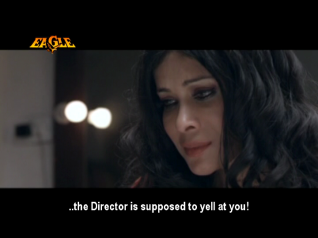 While the rapport between Arun and Srin works well and is believably shown as a friendship that gradually becomes deeper, Shubho’s transformation happens rather too quickly to be realistic. His treatment of Srin seems somewhat plausible but the change from mild mannered director to arrogant brat seems rather more unlikely, given his initial modesty and precarious status as a newcomer reliant on Arun for everything. His transformation though is complete when he refuses to give the same beggar any money and he finally betrays both Arun and Srin in his attempts to make his film a success.

Prosenjit Chatterjee is excellent here and his portrayal of the charming superstar of Bengali cinema is enthralling and completely believable. His initial arrogance and rather cynical view of the film industry is well balanced by Nandana Sen’s enthusiastic Srinandita while the gradual mellowing of his character is beautifully done. The developing friendship allows Prosenjit’s character to slowly reveal his own insecurities and poor decisions throughout his career – one of which is shown in flashback to his days on the stage with his mentor, played by the late Dilip Roy. The friendship seems a natural progression too and Arun never comes across as sleazy or opportunistic, which given that he is dealing with a new actor who initially sees him through a veil of hero-worship is fairly significant in a film that touches on sexual harassment within the industry. Nandana Sen is also excellent and brings a naiveté and innocence to her role which ensures Arun’s fascination with Srin appears genuine. She is convincing as a theatre actor reluctantly thrown into the spotlight and her refusal to compromise on her values seems appropriate for a new and inexperienced actor.

Srijit Mukherji is less successful in his description of the relationship between Shubho and Srin, particularly in the romantic scenes, which seem rather overdone. This may be because they occur during a song, which also feels out of place and disruptive to the story, but the idyllic nature of their relationship here doesn’t gel with the more mundane reality of their day-to-day lives. However, the later arguments are much better and Indraneil Sengupta does an excellent job in depicting the single-minded obsession driving Shubho. To be fair I suspect that such dogged determination is essential when making a film, especially for a new director, and this aspect of Shubho’s character comes across perfectly in a number of well written scenes. Overall Indraneil is convincing in his role as a egocentric filmmaker and while the transformation may be rather too quick, he does a good job with both aspects of Shubho’s personality.

Debajyoti Mishra provides the music, and Anupam Roy the lyrics for the songs, most of which are catchy even if they don’t all sit well within the narrative. Soumik Hadlar ensures the film looks good although there are one or two moments where excessive camera movement is distracting from the main action. The finale is excellent, poignant and memorable, and a fitting end to a film that has so effectively intertwined the characters’ lives. This may not be a perfect film but there are moments where it comes close, and for the most part it’s simply very good. For a début film it’s outstanding and a clear indication that Srijit Mukherji was on the road to becoming a film-maker of significance. Highly recommended. 4 stars.