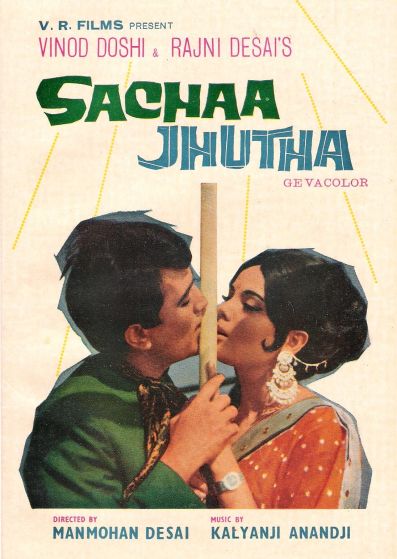 Written by Jeevanprabha M Desai and directed by her husband (Manmohan Desai), Sachaa Jhutha is a neat little tale of mistaken identity, thieves and honest men, and proves that dogs are smarter than most people. 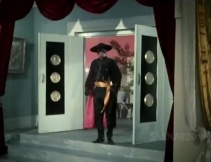 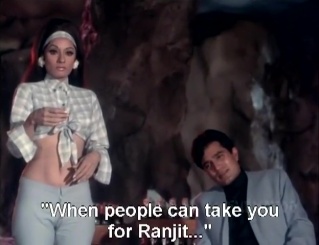 Simple village musician Bhola (Rajesh Khanna) leaves home to seek his fortune in Bombay. His sister Belu (Naaz) had an accident in her childhood and has needed crutches since. He wants to get her married and having any kind of disability means she is expected to come with a hefty dowry. Through a series of unlikely but expected coincidences, he stumbles into a fancy masquerade party and the path of Ranjit Kumar (Rajesh Khanna) a cunning jewel thief. Ranjit sees the possibilities in having an exact duplicate of himself to parade around town so he dupes innocent to the point of being backward Bhola into perfecting his Ranjit act. Ranjit gets his minxy girlfriend Ruby (Faryal) to keep a watchful eye on Bhola, give him deportment lessons, and keep him from discovering his new BFF is a thief. Inspector Pradhan (Vinod Khanna) is determined to put Ranjit in jail but he can’t get the evidence he needs. He coopts a lovely young policewoman, Lina (Mumtaz), into playing a diamond heiress called Rita. It is well known that Ranjit cannot resist a pretty face or a sparkly rock. Bhola as Ranjit falls head over heels for Lina/Rita and his simplicity wins her over despite her misgivings. And then a flood devastates Belu’s village, killing her abusive stepmother too. She comes to the city with little other than her love for Bhola, a Significant Song, and the super smart and faithful dog, Moti. Will she find Bhola, or will she be found by Ranjit? What will become of these clueless bumpkins in the big city? Will Lina get her man? Will Inspector Pradhan get his?

Rajesh Khanna is quite enjoyable as Ranjit. He is suave, a narcissist, and wears some very snazzy outfits. He is never conflicted about his life of crime, and thoroughly enjoys his lifestyle funded by ill-gotten gains. As Bhola he overacts like there’s no tomorrow, grimacing and spouting proverbs to show he is pure and innocent. Bhola is a quick study though and it is amusing to see Ranjit getting a dose of his own medicine. Ranjit is a traditional filmi evil mastermind and he loves a needlessly complex plan so there are many silly hijinks to enjoy including a secret lair, tunnels, mysterious drugs that paralyse, disguises, and a gang of suited and booted henchmen. If you’ve ever wanted to see Rajesh Khanna fight a duel with himself, this is the film for you. 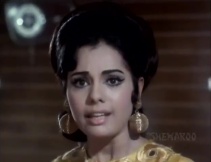 Mumtaz is gorgeous and bubbly as Lina/Rita. She seems like a competent young woman, and has a good head and a good heart. Question – were fancy chiffon sarees standard police issue? She is attracted to Bhola’s honesty and can’t reconcile her impression of him with her assignment of entrapping Ranjit the jewel thief. Lina doesn’t waste too much time sighing over her maybe potential slightly forbidden love, and just gets on with the job in the belief that the law will make her decision for her. She does get stuck with some silly “truth drug” shenanigans, but generally avoids the worst of the slapstick.

Vinod Khanna’s Inspector Pradhan is the driving force in the chase to get Ranjit. He is a little too good to be true. The perfect son to a doting mother, a genius police investigator, the golden boy. He has a strong sense of duty and what is right and he hates that Ranjit thumbs his nose at the law. There is nothing very real or interesting about the character but Vinod Khanna plays Pradhan with just the right degree of straight faced pomposity to make it funny yet still vaguely believable. 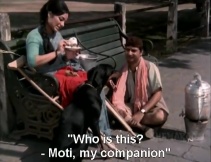 At first glance I expected to find Belu (Naaz) tiresome. But while people write Belu off as a cripple, and she herself would much rather not have a disability, she’s not completely passive. When a bunch of goons assaulted her she fought back with everything she had. When she came looking for her brother she made the most of the Desai coincidences that littered her path. Sure there was a lot of hobbling and crying but she isn’t pathetic, just overwhelmed. Naaz can handle the teary self-pity through to the more sparky repartee. She has a gentle presence that played well opposite the more extrovert characters in the ensemble. 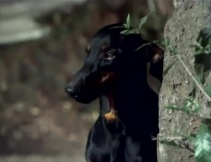 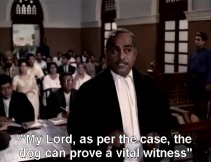 But the real star and the brains in the family is Moti (Rexy). Moti protects Belu, fetches her crutches, fights off thugs, navigates Bombay traffic with heart stopping disregard for traffic lights, eludes gangs of armed assailants, and is generally a sound judge of what is going on. And when all else fails, trust Moti to sort the sheep from the goats.

The Kalyanji-Anandji soundtrack gives Mumtaz some opportunity to dance, but the duets are tailored to Rajesh Khanna’s awkward posturing so I felt there was an opportunity missed. And what lunatic casts Faryal and doesn’t include a dance number for her?

While the film is visually pleasing, it isn’t a blinged up special effects laden experience. The drama is generated by people, the confusion and near misses, the things we know that the characters don’t. It’s an undemanding and entertaining movie, stylish and fun. 3 ½ stars!