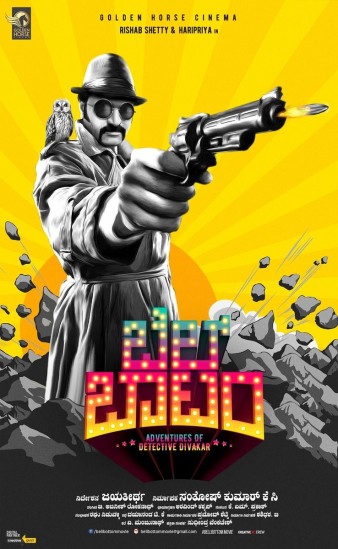 Jayathirtha’s latest film, Bell Bottom, is a retro whodunnit that takes its inspiration from Dr Rajkumar’s CID 999 films of the late sixties. In fact, the film even features the poster for Goa Dalli CID 999 and our young hero is seen gaining motivation from watching Dr Rajkumar track down the bad guys in the cinema. The dialogue, fashions and plot all hark back to these excellent action films, and as a result Bell Bottom has an instant cool vibe and classic feel. The film is set in the early eighties (although the fashions look more seventies style to me), and features Rishab Shetty as Detective Divakar, a rookie detective tasked with solving a baffling series of thefts.

Divakar (Rishab Shetty) spends his childhood reading detective novels and watching spy and police thrillers in the cinema, so it’s hardly surprising that his ambition is to become a private detective. His father (Achyutha Kumar) is a police officer, but Divakar wants nothing to do with the police, not even as a stepping stone to learn the basics of the detective trade. So, it’s a sad day when he eventually bows to pressure from his father and finally takes a job as a police constable. Luckily for Divakar, after learning all about the less pleasant side of being the most junior police officer in the station, his boss (Pramod Shetty) puts him in charge of a missing persons case. It’s not long before Divakar cracks the case, discovering a murder and catching the perpetrator by using the skills he’s picked up over his years of reading novels. When recovered jewellery and money goes missing from the safe inside a number of police stations, right under the noses of the station inspectors, naturally then it seems that there is only one person who can find the thieves – Detective Divakar! 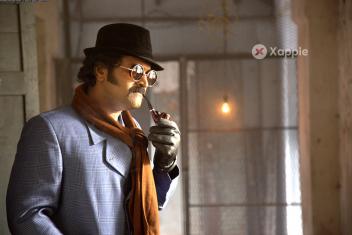 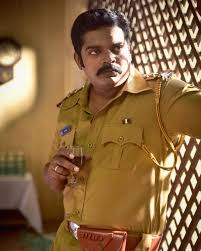 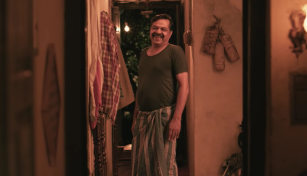 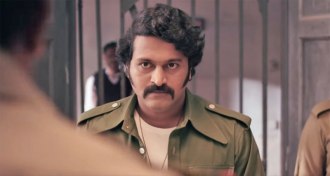 Once he gets the go ahead to change out of his uniform, Detective Divakar gets into the swing of things in garishly patterned shirts, stylish bell bottoms and a selection of trendy knitwear, all of which he pairs with cool sunglasses and his nifty motorbike. The wardrobe department have pulled out all the stops and found/recreated some amazing outfits which are classic eighties style and truly awesome! My favourite is the yellow shirt with stripes that features two breast pockets patterned with a central square, but there are so many wonderful options to choose from. When Detective Divakar wants to actually do some detecting he changes into a mackintosh and fedora, accessorised with a pipe and natty scarf, but it’s his Rishi Kapoor style sweaters that seem to be his outfit of choice for his day-to-day detecting work. Rishab is excellent as the wannabe detective, adding plenty of arrogance and enthusiasm, but also allowing some of Divakar’s self-doubt and naiveté to show though too. It’s a great performance and shows that Rishab is as happy in front of the camera as he is behind it, giving his all here in a very impressive performance. Much of the comedy relies on the snappy dialogue from DK Dayanand and Jayathirtha but Rishab does a great job with the timing and facial expressions to ensure the laughs keep coming. 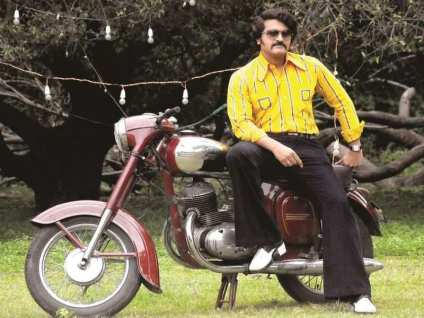 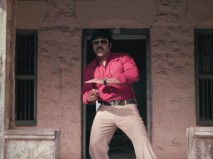 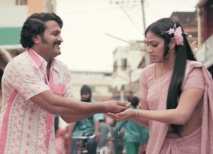 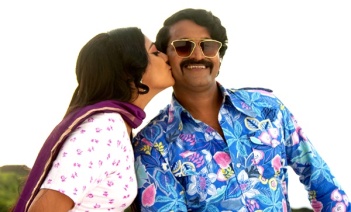 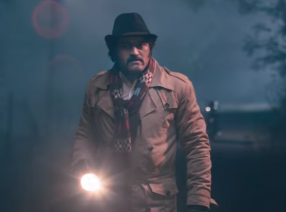 Divakar is smitten by Kusuma (Haripriya) as soon as he sees her, and is just as impressed by her clever wit as by her appearance. Kusuma is the local bootlegger but despite Divakar’s position with the police force she seems quite happy to be romanced by him. Of course, the police are some of her biggest customers, so she doesn’t have too much to worry about regardless of her illegal activities. Haripriya really gets into her role too, and she is brilliant as Kusuma, a strong woman who knows what she wants and is prepared to go out and take it. It’s good to see a Kannada film that doesn’t just add a heroine for the sake of it, and Kusuma is much more than just Detective Divakar’s love interest. Haripriya delivers an excellent performance here ensuring Kusuma is a dynamic and independent woman who doesn’t need Detective Divakar quite as much as he needs her. 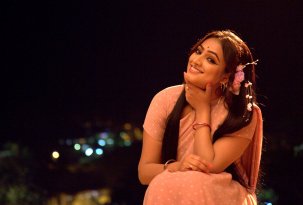 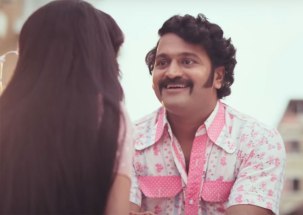 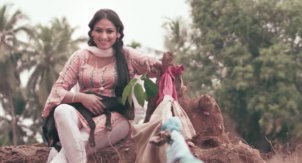 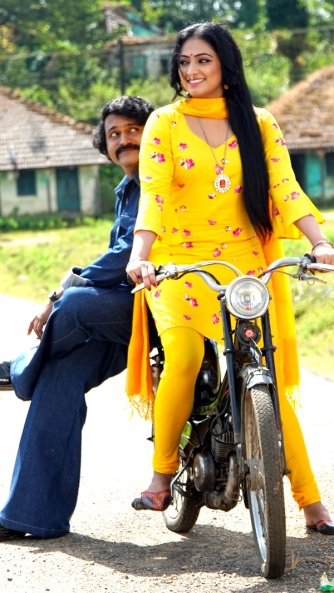 Detective Divakar is faced with a difficult problem. In each case the thieves have broken into a police safe overnight without leaving any trace behind. Divakar has plenty of suspects but no way to determine who is the guilty party. Could it be his girlfriend Kusuma whose bootlegging activities might have given her some criminal connections? Or perhaps a group of blind beggars who turn up at the police stations regularly to beg? Perhaps his police assistant could be involved (Prakash Thuminad) Or could it be a shonky Shaman, a dodgy seller of religious paraphernalia or an ex-con (Yogaraj Bhat) with 5 wives and a small army of children to feed? Divakar has plenty of suspects but no clues and a fast approaching deadline of when the stolen goods need to be produced in court as part of criminal proceedings against the original crooks. 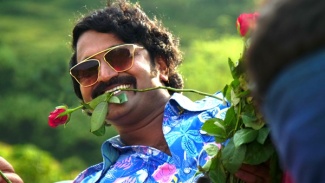 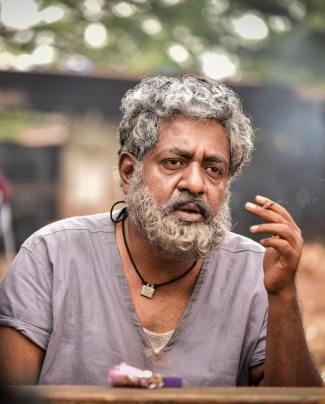 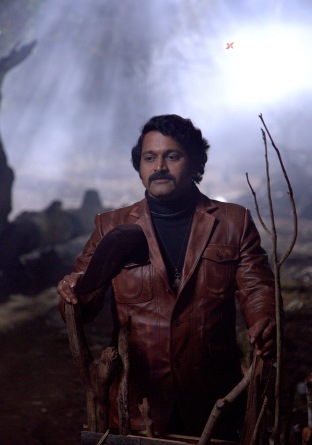 Jayathirtha stays true to the style of films such as CID 999 and Gunmaster G9 with a similarly convoluted plot and plenty of red herrings along the way.  The background detail is superb and reflective of the era, with good attention to detail. I love that Detective Divakar has a pocket watch with a picture of Dr Rajkumar inside – it all ties up so beautifully with the main theme. Although the climax is incredibly unlikely, again it fits with the spirit of the genre, so I didn’t mind the ridiculous solution to the problem. However, the film does wander a little towards the end, and this part of the film could have been more focused without losing any of the comedy or overall impact. Apart from this small issue, I loved the rest of the movie. The comedy is well integrated into the plot, the music from B Ajaneesh Loknath is catchy and suits the time period while Arvind Kashyap effectively captures small town life though his camera lens. Everything comes together well to re-create a snap-shot of eighties detective fiction, even including the classic detective trope of chainsmoking, so noticeable nowadays due to the warning notices onscreen and the gradual acceptance of smoking within communities. It’s another small detail that really adds to the whole retro-feel of the film. 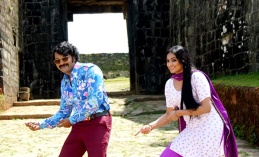 Bell Bottom is an entertaining mix of action and comedy, wrapped up in nostalgia and delivered with style. The entire cast are excellent and the story and dialogue are pitched at exactly the right level. I really enjoyed this one, and I hope they decide to make some more Adventures of Detective Divakar – I’d definitely sign up for another Eighties detective mystery. And why is the movie called Bell Bottom? Well, it’s an important part of the plot, so you have to watch the movie to find out!