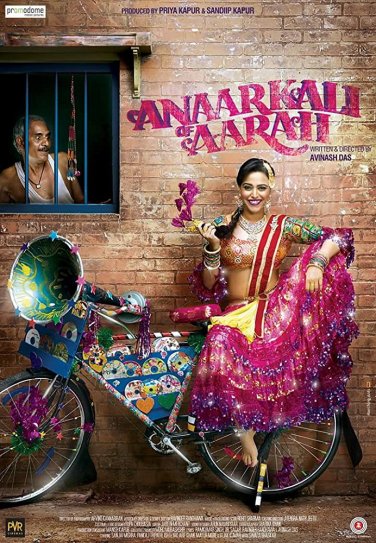 Avinash Das’ Anaarkali of Aarah is a powerful and highly entertaining film with a strong thread of feminism in action, not just in speeches. And Anaarkali is a kickarse woman who compelled my full attention. 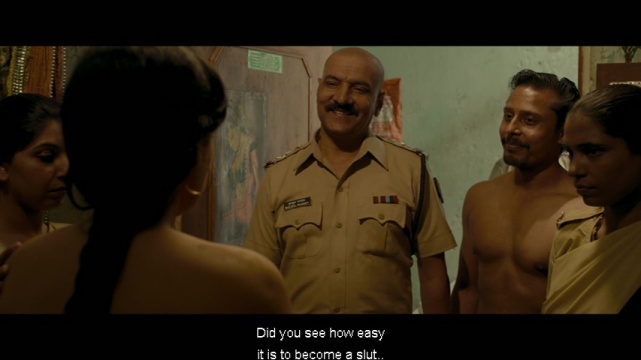 Anaarkali (Swara Bhaskar) is a folk performer, singing and dancing her way through innuendo laden songs for appreciative male audiences. She is loud and proud in both appearance and action, and genuinely loves what she does. She lives in a small world in a small town, and is happy and confident strolling the streets and turning men’s heads as she sashays by. But one of her troupe’s patrons, Dharmender Chauhan the VC of the local university (Sanjay Mishra), is obsessed with Anar. At a high profile police event he gets dangerously drunk and invades the stage. Anaarkali and her ‘friend’ and business associate Rangeela (Pankaj Tripathi) try to put Dharmender off but he persists in trying to rape her on stage. She is frightened and angry, and slaps him hard, adding a mouthful of curses for good measure. Can a woman really get away with defending her honour when the men around her don’t see that she has any? Can a woman assert autonomy over her body when men don’t think she has the right to say no?

Mild spoiler – in this film world, she might. But even if you know the ending this journey is really worth taking.

Anar is a wonderful character and Swara Bhaskar is brilliant in the role. Anaarkali is not a fallen woman, she doesn’t need or want redemption. She’s a star in her particular field, and she thrives on the glitz and attention. When Anaarkali struts down the lanes near her home she tosses her hair and sways for her public. When she’s at home she’s foul mouthed and a bit goofy. 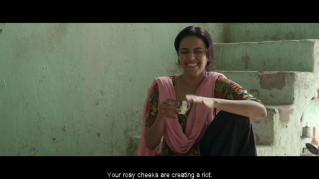 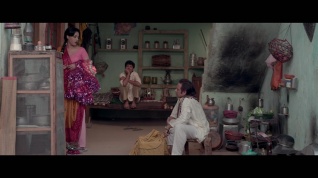 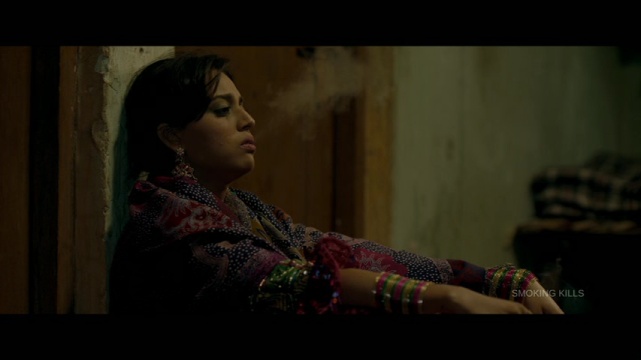 Anaarkali is an astute judge of character and mood, usually knowing when to be abrasive and when to simply listen and let the situation deflate. And then she realises that there is such a thin line between acclaim and notoriety and the line is drawn by men in power. Bhaskar delivered a layered performance, showing Anar’s stagecraft, her public persona, and her domestic side and the fluidity with which she switches between them. When Anaarkali lost her home and her troupe I felt her profound and debilitating grief. But Anaarkali is a strong and pragmatic woman. There is no attempt to paint her as a virgin prostitute who only dances. She is frank about her industry but retains the right to choose who, when, and where she has sex with a client. There are men in her life but far from waiting for a white knight, Anaarkali was pretty set on rescuing herself. I might want to be friends with Swara but I’d probably be slightly scared of Anar’s acerbic wit. 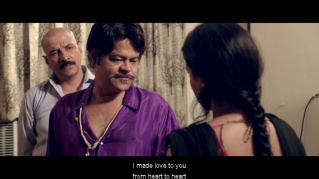 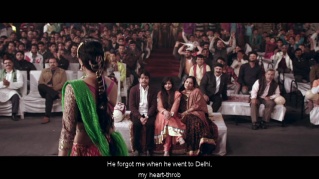 It was telling that when the police went into damage control, it was to protect the VC not uphold the legal rights of an assault victim. And also telling that the men near rioting when the show was cut short were not protesting in support of Anaarkali, they were furious because they were denied a spectacle. She is accused of bringing about her own downfall due to arrogance. Nobody seems interested in telling the VC not to be so rapey or allowing her to file charges against him. Sadly I didn’t find much of this to be a stretch of the imagination. Sanjay Mishra is vile as Dharmender, but in a very restrained and slimily real way. The VC’s entitlement is sometimes breathtaking. He only sees Anaarkali as a mirror of his own desires, and nothing is more important to him than his own gratification. He is so convinced she must submit to him, ostensibly because he is crazed with love but really because he is so rich and influential she has no right to refuse. Mishra’s scenes with Anaarkali seethe with anger (mutual), fear (hers), and thwarted desire (his). 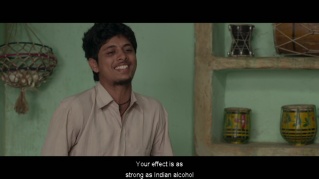 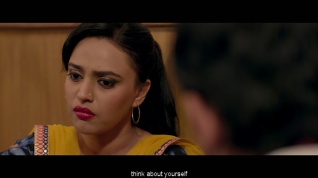 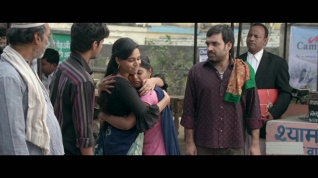 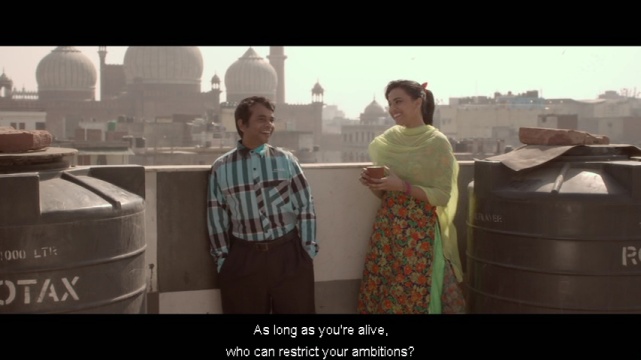 Rangeela is an interesting character. He defends Anaarkali but will sell her out in a heartbeat. I tried to believe that was to protect the rest of his motley troupe but even so. When she needed him, he was a weasel. Pankaj Tripathi is solid in the role although I felt maybe some of his character’s story might have been cut and that I wanted to know more about his relationship with Anar. Mayur More is sweet and funny as Anwar. He adores Anaarkali and music. Their dynamic is more cute and flirty, with Anaarkali taking a while to see him as a young man rather than a kid. He tries to step up to look after her but he respects her wishes when she wants to resume singing. Hiraman is a devoted fan of Anar’s and he helps her get her mojo back through a recording gig. I really loved Ishteyak Khan’s performance. He was subtle but radiated love and pride when he was near Anar. His silent and dogged anti-bromance with Anwar was also fun to watch. It’s a really good ensemble cast with everyone fully inhabiting their roles.

Avinash Das has written a strong screenplay and delivered it with an assured visual interpretation. The lighting and composition underscores the drama but isn’t so stylised that it distracts from the performers. This is a small and vivid world and beautifully realised. The story rockets along but there is room for some directorial flair with a nice loop from an early flashback to the finale. Whoever cast the playback singers did an awesome job as the tones and style matched so well I never once thought it was anyone but Swara Bhaskar singing. The songs are full of double entendres that are sexual and also relate to the social position of a woman in Anaarkali’s job. When she sings her final song it is an awesome middle finger to the patriarchy.

I’d had this film on my list to write about for a while but then conversations with a Twitter friend and reading Anu’s review seemed to be a sign to get a wriggle on.

See this for a genuinely female centric film that has a fairly sound feminist position, and a rousing good yarn into the bargain. Swara Bhaskar is fearless and imbues Anar with an unapologetic sensuality and strength of purpose. 5 stars!

3 thoughts on “Anaarkali of Aarah”