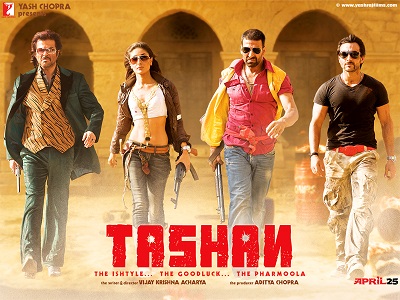 Tashan is not really a good film. I am at best indifferent to the cast. And yet I have a fondness for the movie that surprises me. Maybe it’s nostalgia for the total masala style, maybe the excellent work by the costume department, or the spectacular locations. But if you need to see a colourful movie that makes you throw popcorn at the screen and at your friends, this could be quite rewarding.

Vijay Krishna Acharya opens his film with Jimmy (Saif Ali Khan) in a car, underwater, and at gunpoint. How he got there takes up the first half. Most of the fun seeing this was the “surely they’re not…oh yes, they did!” moments and laughing at the shenanigans as the cast justify the next big set piece. There is a heavy use of flashbacks and characters speaking directly to the viewer so it heightens the unrealistic and fantastical mood, as do the songs. Jimmy and Pooja (Kareena Kapoor Khan) meet when Bhaiyyaji (Anil Kapoor) hires Jimmy as his English tutor. As Bhaiyyaji mangles every language he knows, Jimmy and Pooja fall in love. There is the matter of Pooja’s debt to Bhaiyajji, but there are also cases full of cash coming to the office every month. Bachchan Pande (Akshay Kumar), is an unhinged hitman hired by Bhaiyyaji. He is told to get Jimmy and Pooja and all manner of double crosses and shenanigans ensue. Who is what they seem, and who can you trust, especially when large sums of money are at stake? Things get complicated. And then everything blows up. 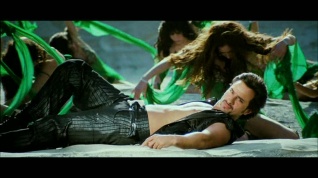 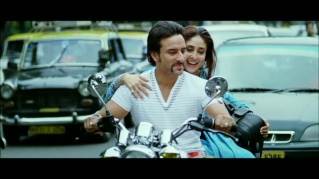 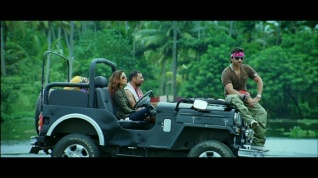 Saif Ali Khan used to be quite appealing when he was the second lead. As a leading man, he is inexplicable. It’s not that he doesn’t try to act, and it’s not just the porno moustache, it seems that his charisma has the depth of a teaspoon. And what is with the red belt he wears for the whole film? He is almost completely superfluous to the second half, yet he clearly refused to go home and just hung around whining until they promised him a big heroic Dhoom style action scene. Jimmy is not heroic though. He is self-serving most of the time, and a sleaze. He didn’t so much evolve as have a character transplant for a few minutes. I think one of the biggest issues is that the only person Saif seemed to have chemistry with was himself. He had a gleam in his eye when talking to himself or direct to camera, which was lacking in ensemble scenes. 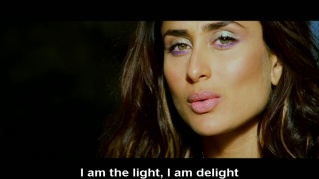 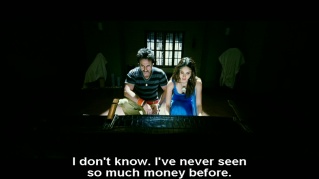 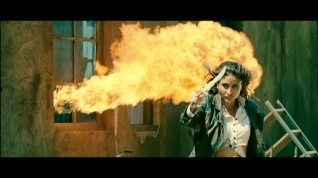 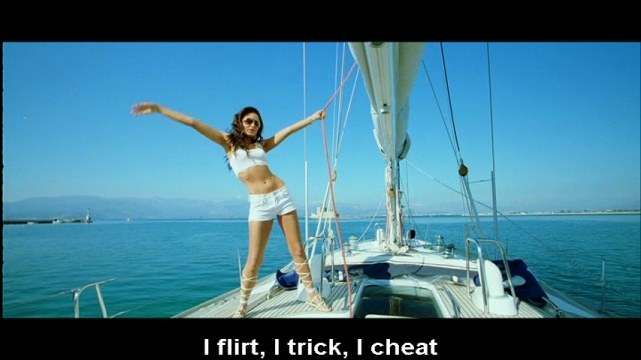 Kareena has total commitment to the trout pout but Pooja is an interesting character who does more than pose. She does seem to have a polarising effect on the wardrobe team, or maybe it’s just their special way of showing love. Pooja is manipulative, and she has a clear goal in mind. Her romantic scenes with Jimmy have no spark to speak of, where her crackling chemistry with Bachchan is evident as is their knockabout friendship. Unlike Jimmy, Pooja has lots of layers to her character to reveal. Her contribution to the final fight scene is quite something, and I may have cheered out loud. Nice to see a lady causing the distress and staying ahead of the game. 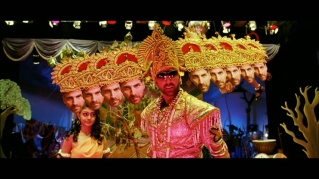 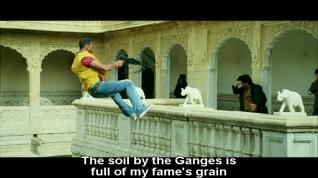 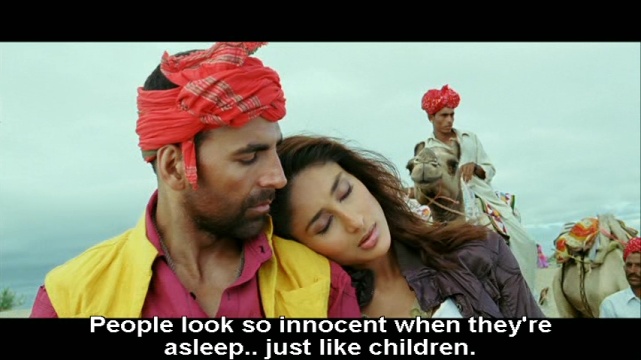 I feel I ought to like Akshay Kumar more. But I have flashbacks to Tees Maar Khan (one of only two films I have walked out on) and I retrospectively dislike his films I may once have been more tolerant towards. And there is the established Youtube Poker rule that Akshay and a body of water will result in something hideously disturbing. But his Bachchan Pande is the saving grace of this film in so many ways. He is overwhelmingly self-confident, handy in a fight, and not overly complex intellectually or emotionally. And he has an excellent intro scene. Bachchan is also the one character with real principles, so I found myself caring more about what happened to him. Akshay gets lots of action scenes (by Peter Hein so you know, it’s pretty cool) as well as some discombobulated hick comedy, and it suits him down to the ground. And the shoe department agreed his grounding is important – he gets some excellent and flamboyant footwear. 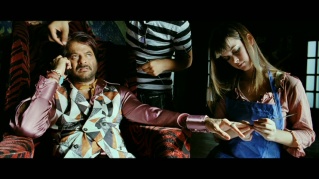 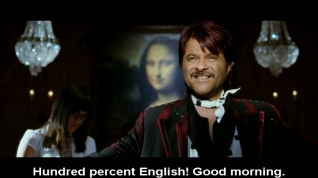 God, I feel for the team that had to remove Anil Kapoor’s pelt. You know there would have been hedge trimmers first, then electric clippers, then waxing. I reckon we’re talking at least a full day of hard labour. My friend interviewed Anil a few years ago and told me ” One of my opening remarks was: “Anil, you have a lot of hair for your age. Is it hair weaving?” He pulled up his jacket like this and I quickly told him I got the drift…” I’m haunted by that anecdote. Anyway, his performance is fun and so over the top it all kind of makes sense. Unlike his outfits. Bhaiyyaji is determined to make it to the big league of dons and never averse to a bit of killing and mayhem along the way. His mangled Hinglish is hilarious and a bit sad as he worships Jimmy’s ability to speak like George Bush or Prince Charlie. Starting out as an urbane businessman he deteriorates into a snarling (shaved) beast, and Anil Kapoor goes all out.

The Vishal-Sekhar songs are what they need to be for a film, and the picturisations range from WTF to delicately lovely, making the most of their spectacular locations. Nothing can really explain “Dil Dance Maare” though. Kareena is more of a gyrate on the spot kind of dancer, and Saif does uncle stomping with a bit of flailing so I didn’t see much value added by Vaibhavi Merchant there, although the backing dancers earn their money.

Tashan is the kind of film that takes off and doesn’t stop until it stops. It’s high on visual impact and the pace never drags. See it if you need a rattling masala timepass, and don’t mind characters breaking laws of the land, laws of logic, and laws of physics. 3 ½ stars!