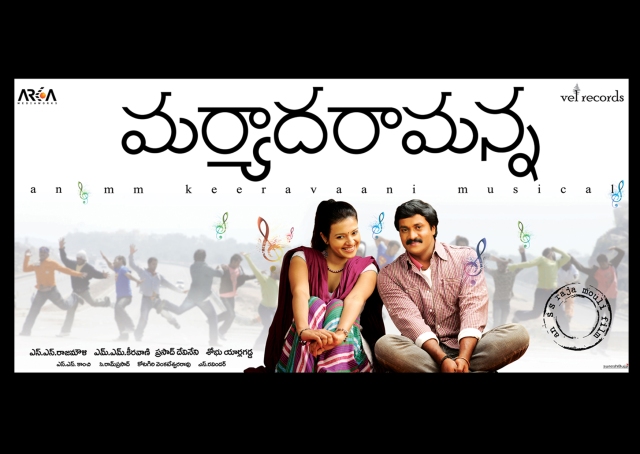 Maryada Ramanna was released on Friday with a lot of expectation – the latest film from SS Rajamouli, and starring Sunil who is better known for his role as the comedy sidekick. Could they pull it off after the huge success of Magadheera?  We went to see this in the cinema with a little trepidation – would we follow enough of the story and actually get the comedy, since neither of us understand Telugu? Fortunately for us the combination of excellent direction and storytelling, with a great performance from Sunil ensured we were amused and entertained from the very first moments.The plot twists and turns are generally easy to follow, although not understanding the dialogues we did have to puzzle over some of the longer speeches.

There are many stand-out scenes, from the opening song where Sunil appears to channel some Chiranjeevi style,  the hilarious train platform scene, to the final dramatic showdown.   The talking bicycle which sounded strange in the promos is actually used to good comic effect, as are the many other props and devices throughout the film.

The film isn’t just about comedy mayhem though, there are some beautiful quiet moments captured along the way, including a stunning scene illuminated by the flickering light of fireflies.

The song and dance tracks are well integrated into the narrative and serve a purpose within the story. The supporting cast , especially the two murderous brothers, are excellent and everyone makes a good contribution to the film. Saloni makes the best of what she has to do, and is certainly quite charming in her scenes with Sunil. 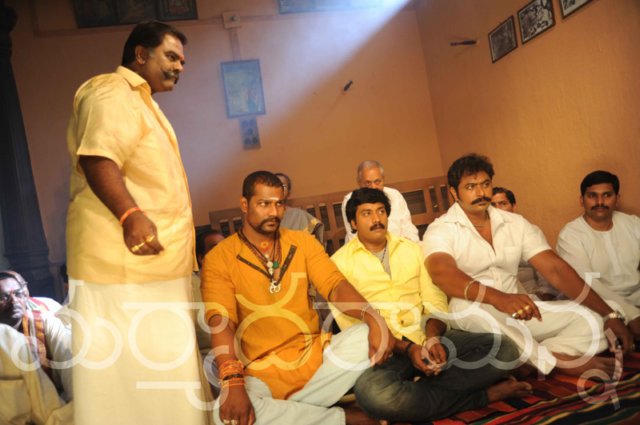 For those of you debating whether to see this film without subtitles, we think you should give it a go. Of course it is a different experience when you can understand all the dialogue but this film proves that a good story, great director and excellent performances will always keep you engaged.