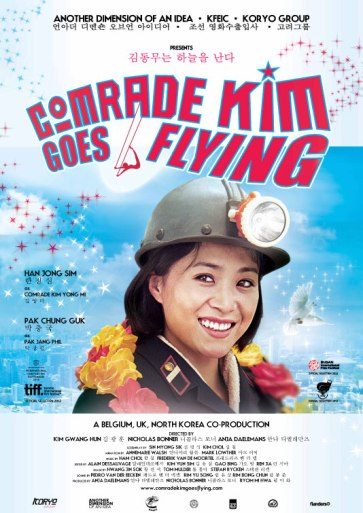 Who says North Koreans can’t have dreams and be fun?

The film is a European-DPRK co-production, directed by Kim Gwang Hun, Nicholas Bonner and Anja Daelemans and written by Sin Myong Sik and Kim Chol. The film is shot in the DPRK, mostly Pyongyang, and stars a North Korean cast. 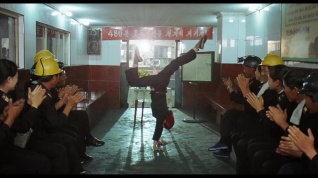 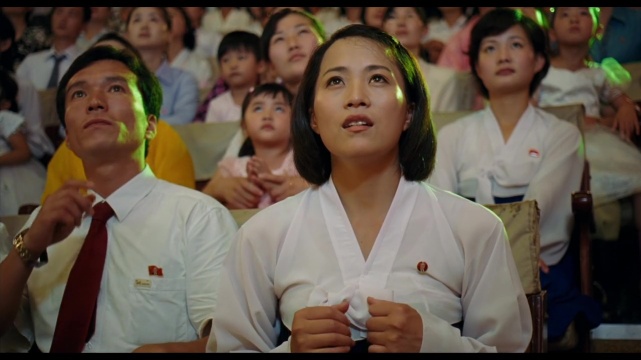 Kim Yong Mi, the titular Comrade Kim, works at a coal mine. She’s an enthusiastic worker but her true passion is acrobatics, specifically the trapeze. She admires Ri Su Hyon, a famous performer at the prestigious Pyongyang Circus. When Yong Mi gets the opportunity to work in Pyongyang for a year, she not only gets to see the circus, she decides to try out at an open audition. She meets many set backs – including her unexpected fear of heights and some snobbery among the other trapeze artists – and ultimately fails the test. But she also finds great support from her fellow workers, and honestly has the best boss ever. She works hard, puts on a show at the Workers Festival for her construction unit and just as it seems she might get another chance at her dream, her year is up and she returns home. Will Yong Mi’s father let her go back to the big smoke? Will judgemental Pak Jang Phil realise she is the perfect replacement for Ri Su Hyon? You betcha, and the training montages come thick and fast. But will she ever master the legendary quadruple somersault?

It’s interesting to see how the DPRK Juche philosophy plays out in a standard Western style rom com. And it’s a surprisingly fun blend of socialist work ethic and follow your dreams movie magic. The challenges and obstacles that Yong Mi confronts are usually resolved through her persistence and hard work, with an emphasis on teamwork and sacrificing individual glory for a greater goal. Her clashes with the leading man start to settle once he respects the potential of a working class person. At a point when she feels like she should give in, colleagues and friends turn up to cheer her on, all feeling that her achievement will be their victory. Sure, some scenes lay it on a bit thick but overall the tone is cheerfully naive and earnest. 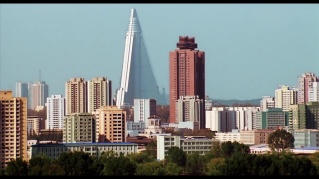 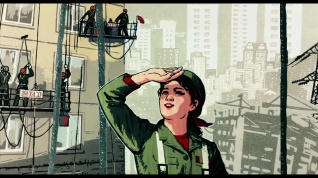 I holidayed in the DPRK a couple of months ago and despite the extremely different way of life and society there, found many of the people I met to be warm, often funny, and very much my cup of tea. So I think the film strikes a chord because I could relate to some things and others reminded me of places or things I saw on my trip. The colour palette and the slightly retro look of the city suits the story too. And the use of animated sequences in some transition scenes draws on the North Korean propaganda artistic style. 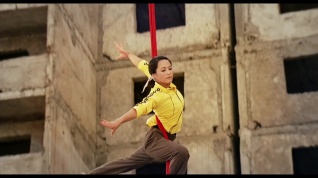 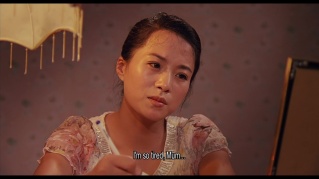 Yong Mi gets a second chance because of all the people helping her. She is cheeky and smart but what they respond to is her effort and determination, not just her smile and jokes. She might have her head in the clouds but her work teams hit their targets and she contributes to their achievements. She uses her wit and charm to overcome obstacles and I liked how people would find a way so everybody could win. Ha Jong Sim is likeable and invests Yong Mi with energy and warmth, I could see why people liked her. She is a model worker and when her boss Commander Sok Gun says they should put on an acrobatics display with her teaching the workers, she throws herself into the practices too. I absolutely love that her way of putting Pak Jang Phil back in his box is by challenging him to a cement mixing contest.

Commander Sok Gun (Ri Yong Ho) tells his brigade that putting on a show for the workers festival is about the team not the individuals, and that everything can be achieved with self-belief and revolutionary spirit. He goes out of his way to help Yong Mi achieve her dream because he is a lovely person but also because he doesn’t like the snide elitism of some of the circus performers. He will support the working classes and show how much potential they have. He’s a great boss for Yong Mi and his salt of the earth calm is a good foil for her more emotional character. 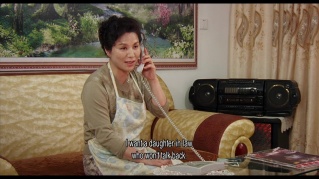 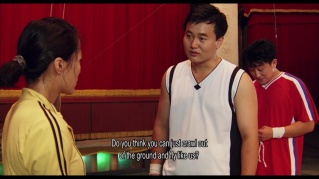 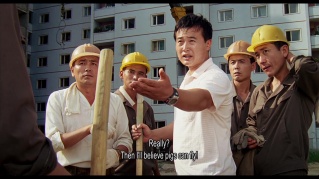 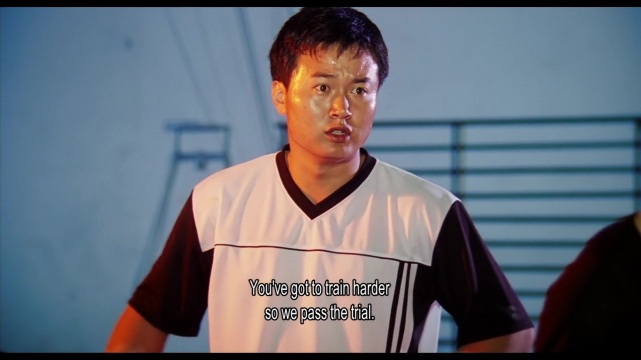 Pak Jang Phil (Pak Chung Guk) is Ri Su Hyon’s trapeze partner, going through a crisis when she retires. He is obviously living a fairly cushy life and believes his skills make him special. He resists helping Yong Mi at first but of course her grit and talent opens his eyes to considering her as a possible performer. And there are the stirrings of a romantic relationship. But I kept telling her she could do better than him. He is very much a pampered city boy who has to learn some respect for the people whose toil allows him to live so well. I think he could afford to put in a bit more effort before she decides he has learned his lesson. 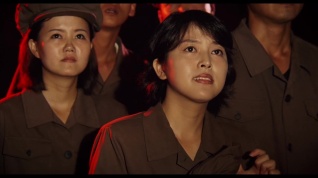 The support cast are all good and represent all the essentials in a social drama – family elders, best friends, work mates, and various authorities. Kim Son Nam had that thankless role of film dad who doesn’t support his kid until right at the end, but his reservations were because he was worried for her. So he was a wet blanket, but a well-meaning one. I particularly liked gruff Kim Chol as the foundry foreman, Sin Gwang Son as the nerdy youngest steel worker and his cute fanboying over Yong Mi, and Kim Song Ran as Yong Mi’s bestie.

This is not a film that will rock your world, but it’s a competent and highly enjoyable movie about following a dream. I watched it in a week when I needed some good news, and this put a smile on my face. 3 ½  stars!