Written and directed by Gokul and starring Karthi in a double role, Kaashmora is a full on masala supernatural thriller with an amusing antihero, an evil villain, a beautiful princess, a mystic child, loads of characters with little to do and tonnes of cheesy one-liners. Much more fun than I expected, not as smart as I’d hoped, I still felt I got my money’s worth.

Kaashmora (Karthi) is a successful exorcist whose popularity is on the rise. He acquires a research assistant, Yamini (Sri Divya) who is secretly doing a thesis on fraudulent spiritualists. Eventually, and after many shenanigans, he arrives at a mysterious ruined palace which is haunted by a seriously evil spirit, Rajnayak (Karthi again). His family (including dad Vivek) who share the exorcism biz are also brought there, and they are given a hard deadline to achieve a task. Both Rajnayak and a mysterious child need Kaashmora to lift a curse and allow either a) Rajnayak to leave his confinement or b) long dead Princess Ratnamahadevi (Nayanthara) to finish him off once and for all. There’s not much Why but there is a whole lot of What! I think it’s best to just go see it and let it all roll. Or if you must spoil your own fun, read the usual painfully detailed summary a Wiki killjoy has already published. 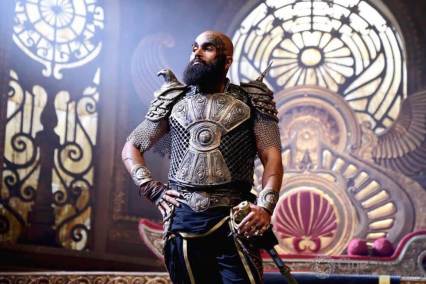 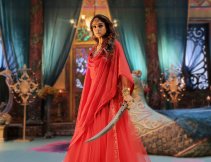 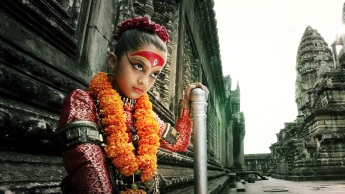 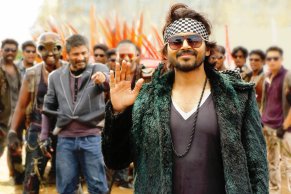 Being a supernatural historical thingie, there is a lot of over the top design required from the palace and city through to the armour and other costumes. Overall I would say the design is great but the execution is a little lacking, and if you’re not as fond of dodgy CGI as I am, you may be in pain during some sequences. The old time city and palace are pleasingly epic in scale, and there is a nice commitment to eagles throughout. Ratnamahadevi has an excellent peacock bed, Rajnayak’s armour is hilarious and would probably get him killed or at least badly tangled up, and Kaashmora’s modern day exorcisms have the right blend of stock horror elements. The songs are colourful and their design and costuming ranges from totally unhinged to opulent and over the top. I was particularly taken by the Mad Max inspired Dhikku Dhikku Sir, although it was more “Furry Road” than Fury.

Often the device used to explain a far-fetched thing was not explained at all. Kaashmora is caught in part because of publicity about his Guinness Book of Records exorcism attempt (no, I did not know that was a category either) and naturally, we are to believe that the ghosts read the paper and watch the TV news. This was explained by a man who needn’t have been there except that there was no other way to explain that. So while I kind of liked the ideas, I wish Gokul had a better notion of how to link them together and how to keep moving without so many stops for “as you know Bob” exposition.

It’s not a terribly scary film, although there are a couple of moments that startled me a little. There’s a lot of violence but not so much gore. And despite Rajnayak being at best a sex pest and at worst a serial rapist, there was no depiction of violence or rape and all the ladies (and there were lots) he acquired gyrated around his enormous round bed and kept their spangly draperies firmly in place. Well, except his intended and unwilling bride, Ratnamahadevi, who had other ideas about their future.  Small mercies. 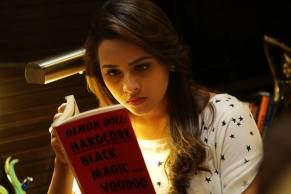 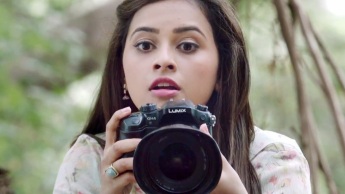 Sri Divya got a raw deal with her character. Yamini must be the worst at research ever. Just the worst. (I feel a bit Trumpesque making that statement.) She was supposed to be doing a thesis but had no idea how to actually do research, not even check Youtube for pertinent clips. And her character was completely pointless, adding nothing to the drama and doing little until a point when other solutions could easily have been written. I would have ditched Yamini completely and used the time to explain why Rajnayak stood around covered in bats. 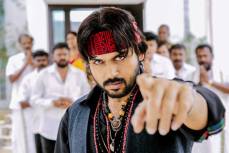 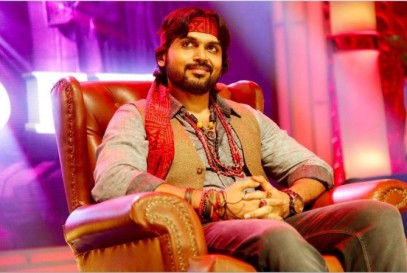 Karthi is much more effective, and fun, as the slippery and smug Kaashmora than the one note Rajnayak. Kaashmora is serious about his business but his reactions and one liners ranged from droll to dad joke, making the most of Karthi’s comic timing. I was distracted by a continuity issue with a bit of disappearing crud on Rajnayak’s teeth which kept me a bit more interested in him than I might have been. But I was annoyed by the ending a little as it implied that Kaashmora would not learn anything from his near death experience and possibly worse, there might be plans for a sequel. 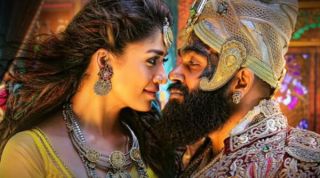 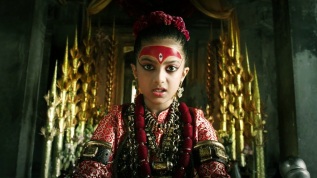 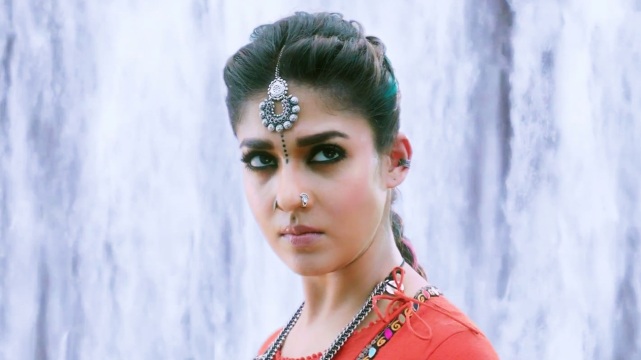 Nayanthara is both impressive and stunning as Ratnamahadevi. I wish more time had been given to her, not just because her multi-coloured hair looked great, but because I was more interested in her back story and her connection to the mystical child. Her outfits are very fairytale princess, but Ratna is both a warrior and a diplomat, using whatever tactics will be to her advantage. When Rajnayak was pawing at this woman he had coveted for so long, Nayanthara showed both disgust and the determination to seduce him and catch him off guard. And she imbued the final confrontation with a sense of the high stakes and her absolute fury at him. Does anyone know who played the child? She was quite impressive too.

Kaashmora is less grim than Arundhati, and less engaging than Magadheera, but it is good fun in a ripping yarn kind of way. It’s worth seeing on the big screen so you can at least be absorbed in the spectacle. And thanks go to Ajith who was credited with the subtitles – much appreciated!