I loved Pawan Kumar’s last film Lucia so was disappointed to learn that U turn would release in Australia while I was overseas. However a combination of sell out shows and a Q and A session arranged with the director here in Melbourne meant that I finally got to see U turn this weekend – and had the benefit of hearing Pawan Kumar speak about the film too. A big thank you to Kannada Movies Melbourne for organising the event and to Pawan Kumar for braving the wintry Melbourne weather to share his film and his thought processes with the Australian audience.

And it was well worth the wait! More linear than Lucia, U turn is a tightly written thriller that lives up to its title, both visually and metaphorically, while building up the suspense in a cleverly plotted story that doesn’t unfold quite as expected.

The film follows rookie journalist Rachana (Shraddha Srinath) as she investigates a series of motor vehicle accidents on the Double Road Flyover in Bangalore. Looking for a story to make her own, Rachana uses a beggar who makes his home on the flyover to identify drivers and motorcyclists who move the concrete dividing blocks in the middle of the road to make an illegal U-turn, leaving the blocks lying in the path of oncoming traffic. Sounds fairly straightforward and perhaps more like a public safety video that the plot of a thriller, but that is one of the clever selling points of the film. This is a genuine problem that occurs every day, so instantly the audience can relate to Rachana and her attempts to publicise the issue. It helps too that the film follows one of these motorcyclists home and shows him to be a typical husband and father, perhaps not particularly pleasant, but not someone deliberately trying to cause an accident despite his actions on the flyover. This is a film set very much in the real world and it’s easy to relate to both the characters and the situations as a result. Well – OK, so the moving concrete blocks thing doesn’t happen in Australia – but I’ve definitely see this happen in India! 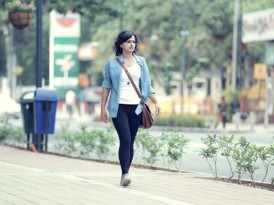 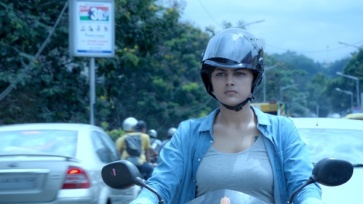 The opening scene establishes Rachana’s character and provides some basic background information as she takes her mother to the bus station in an auto-rickshaw, fending off questions about any possible marriage with the ease of frequent practice. The conversation paints a picture of a typical young Indian woman: she shares a modern city flat with a currently absent flat-mate, rides a scooter in to work and has ambitions to further her career in journalism. In fact as the film progresses everything about Rachana is down to earth and completely normal, including her awkward conversations with Aditya (Dilip Raj). Aditya is a crime reporter for the same newspaper who has been helping Rachana develop her journalism skills and she approaches him to also help with her investigation. Rachana has a bit of a crush on Aditya which seems to be reciprocated, and as the story develops, the two slowly fumble their way towards a possible relationship. It’s the small touches that make their romance feel very genuine, such as the tomboy Rachana putting on make-up and borrowing her flat-mate’s dressy red top for their date and Aditya’s tongue-tied silences in front of his work colleagues when the two meet at work. 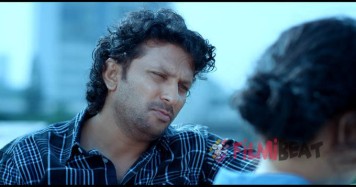 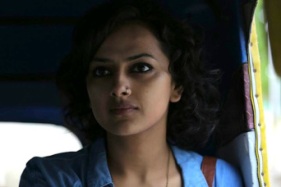 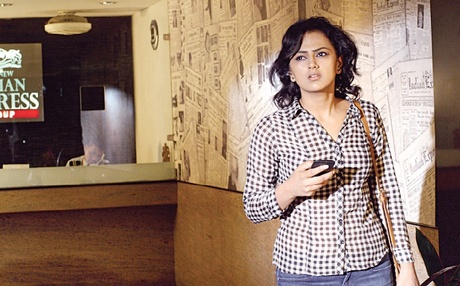 It’s as much of a shock then to the audience as to Rachana when she is suddenly picked up by the police after the suspicious death of a motorcyclist she tried to interview for her story. The tension quickly rises as Rachana has no idea what is happening or why, and the belligerent attitude of the police and unrelenting rain add to the suspense. Luckily for Rachana the police officer charged with investigating her case is sympathetic and believes her story, although in the process he discovers something odd about the registration numbers she has collected. As Rachana and Sub-inspector Nayak (Roger Narayan) find out about more deaths associated with the flyover, each becomes more involved in the investigation – Nayak has some difficult decisions to make, while Rachana has to rescue first herself and then Aditya from becoming victims themselves. 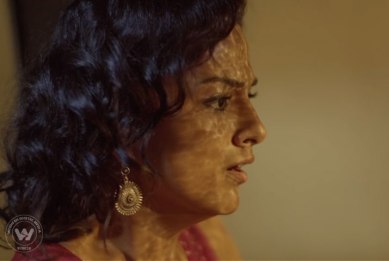 This is such a good story and for the first half the suspense builds as Rachana and Nayak investigate the series of unexplained deaths. The rain is heavy and persistent, adding to the atmosphere and concealing exactly what is happening on the roads of Bangalore. The film does lose momentum somewhat in the second half as the clues start to come together perhaps a little too neatly and events become more improbable. However fine performances from all the cast ensure that the film is entertaining right to the end and despite the neat way everything falls into place the conclusion does seem fitting. Shraddha Srinath is excellent as Rachana and her reactions to the disturbing events that occur during her investigation are realistic and feel very genuine. She gets the mixture of confusion, shock and horror just right and adds enough curiosity and determination to make her character believable. I love that Pawan Kumar has made his protagonist female and given her the job of saving everyone without making her drop dead gorgeous, unrealistically reckless or super intelligent compared to everyone else. Rachana is an ordinary person who has to deal with a terrible situation as best she can, and she stays true to character throughout.

Roger Narayan too provides a good blend of human compassion, scepticism and investigative skills without ever appearing clichéd in his role as a police officer. Unlike many thrillers the police here aren’t given either incredible powers of deduction or amazing fighting skills to beat the truth out of their suspects, but instead appear as normal people – frightening at first when Rachana is initially interrogated but gradually evolving into distinct personalities with their own contributions to the investigation. Roger Narayan does a great job here and provides and engaging and interesting characterisation of a more sensitive than usual police officer. 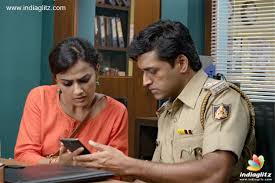 Dilip Raj provides a good contrast to the intensity of the investigation with his slightly dishevelled appearance and bemused reaction as Rachana gets more and more distracted by her discoveries. He’s the thread that keeps the film anchored to reality as well as providing some stability for Rachana when everything else seems to be falling apart. Although he’s not onscreen very often, it’s an excellent performance from Dilip Raj and he seems very comfortable as Aditya. The rest of the cast are all good too, with Radhika Chetan suitably enigmatic as one of the accident victims and a strong performance from Krishna Hebbale as Nayak’s boss.

Pawan Kumar’s strength seems to be in writing realistic, everyday characters that react normally even when faced with extraordinary circumstances and putting them into a cracking good tale. In U turn he keeps the story simple but surrounds the main action with relevant events that add complexity without detracting from the main plot. Nothing seems to be wasted and no action is irrelevant as the story unfolds. His characters are all well developed and beautifully detailed, even when they only appear for a few moments onscreen, and as with Lucia there is such attention to detail that I know I will see more when I get a chance to see the film again. I thoroughly enjoyed U turn and recommend it as an exciting thriller that, although may not have the shocking ending I expected, still entertains with nary a dull moment in sight.