Pannaiyarum Padminiyum is another Tamil film I watched initially because I liked the soundtrack and thought the story sounded interesting. It’s based on an original short film with the central idea extended into a full length feature by writer/ director S.U. Arun Kumar. It’s a sweet story about a village landlord and his pride and joy in a vintage Padmini car that he borrows from a friend. While the film is mostly about the various characters in the village and how the car comes to represent their dreams, there are a number of love stories interwoven into the narrative – including one between the driver Murugesan and a village girl Malar. But the best love story is the one between the landlord and his wife Chellamma, and that’s the one that makes this film well worth a watch. 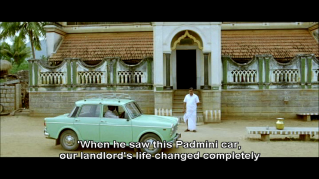 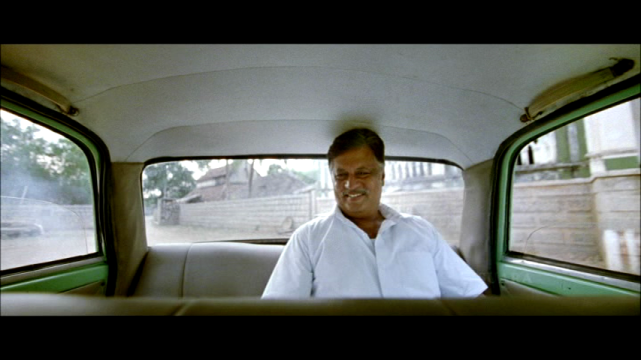 Pannaiyar (Jayaprakash) and his wife Chellamma (Tulasi) have an open house policy, where anyone in the village who needs anything can come and get their help at any time of day or night. They’re somewhat hindered in their efforts by their hapless servant Peddai (Bala Saravanan) who tends to jinx everything he touches, but really the only blot on their horizon is their daughter Suja (Neelima Rani). Suja visits her parents regularly and always manages to remove something of value from the house despite the best efforts of her mother. Chellamma is incensed by her daughter’s avaricious behaviour and Suja very definitely isn’t the usual ‘good daughter’ featured in rural Tamil dramas. I like this different take on the mother/daughter dynamic, particularly since Chellamma is kind and accommodating to everyone else. It’s only with her daughter that she has a mutually antagonistic relationship although it’s clear that the reason for it is the heartache Suja causes her father. 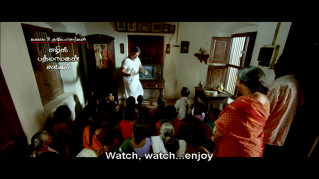 When Shanmugam (Mahadevan) lends his Padmini car to Pannaiyar, at first he is content to just stand and look at it as it sits in his yard. But then there is a village emergency and the car is needed to drive a young boy to hospital. Luckily for Pannaiyar, local farmer Murugesan (Vijay Sethupathi) knows how to drive a tractor, so he is quickly enlisted to drive the car to the hospital. Murugesan is introduced trying to race against a bicycle, so we know that he has a need for speed – even if his tractor can’t even win a race with a pedestrian let alone a cyclist. For Murugesan the Padmini car is a whole new world and he quickly becomes totally besotted with the car, as are Peddai and Pannaiyar and pretty much all the kids in the village. The joy they have in the simple presence of the car is well captured by the delight each shows in cleaning and looking after the vehicle, and the squabbles that occur as each asserts his right to each task. 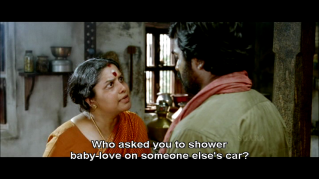 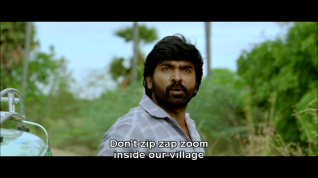 Chellamma is the only sensible one who keeps her distance, although she is secretly amused by the men’s absorption with an inanimate object. She knows that the car does not belong to Pannaiyar and she refuses to have anything to do with the car and their obsession. 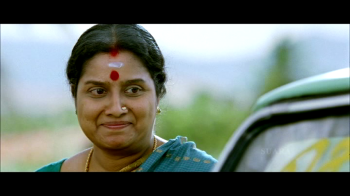 Chellamma is an interesting character who has very definite ideas about her role in life and how to best manage her ‘family’. This includes Murugesan and Peddai as well as her husband and she keeps everyone in line so subtly that they don’t realise just how they are being looked after. When the car unexpectedly is left to them, Chellamma tells her husband that she will only ride in the vehicle once he has mastered the art of driving. Naturally then Pannaiyar accepts the challenge and determines that he will learn to drive in time to take her to the temple for their wedding anniversary. However this means that Murugesan will have to relinquish control of the wheel, so the lessons go very slowly indeed. 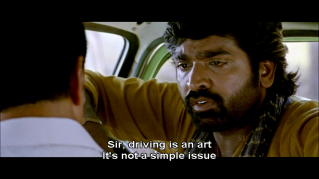 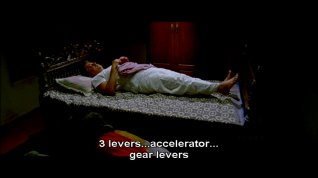 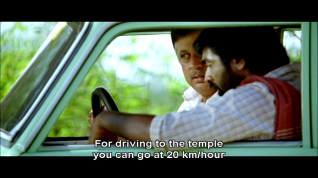 Meanwhile Murugesan falls in love with Malar (Iyshwarya Rajesh) when he ends up transporting a body for a funeral. It’s an interesting situation for a love story to start and Murugesan’s struggle not to approach Malar on such a sad day is charmingly depicted. 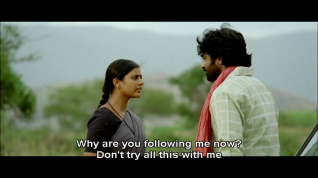 Eventually Malar and Murugesan do manage to get together although the romance is kept low-key with Malar very definitely in second place behind the car in Murugesan’s affections. Iyshwarya Rajesh is lovely here and has a lovely dynamic with Vijay Sethupathi. She has a small role but makes an impact every time she appears onscreen, while Vijay Sethupathi avoids appearing as a ‘star’ and is perfectly understated, keeping to the background when required but still impressive when the focus is on Murugesan.

The more developed romance is the one between Pannaiyar and Chellamma which shows a well-established and happy marriage, even after all these years. They have their ups and downs, disagree about their daughter, but despite the occasional argument they have a very strong and loving relationship. Each tries to save the other from unhappiness as much as they can and the love the two have for each other comes across clearly in all the thoughtful things they do for each other. Even with all the sentimentality, the romance never feels too sickly sweet but rather is warm and affectionate. Tulasi is just fantastic here, and has some wonderful facial expressions, particularly behind her husband’s back. Jayaprakash is also excellent, and this song perfectly shows their sweet relationship.

While the story is very simple it’s effective, and the car becomes the symbol of the dreams and desires of the various characters. Murugesan wants to keep driving as it gives him enough prestige to attract Malar, and he is worried that he will lose his job when the landlord learns to drive. Pannaiyar wants to drive to impress his wife on their wedding anniversary, while Chellamma wants her husband to be happy. The boys in the village just want to sit in the car and dream big dreams, with one even collecting 5 rupees to pay Peddai to let him sit in the front seat. It’s all very charmingly told and when the inevitable problems occur they are dealt with sensibly, without resorting to excessive melodrama. The soundtrack from Justin Prabhakaran is also excellent, with each song perfectly fitting the situation and well placed in the narrative to move the story along. I love the lyrics in this, including the references to Chitty Chitty Bang Bang and other classic cars – it’s such a happy song too!

Pannaiyarum Padminiyum is a simple story that focuses on the relationships between the central characters and on their naive dreams and aspirations. With such a limited focus the story does end up feeling just a tad too long by the end with some of the diversions adding little to the overall plot. There are one of two moment of mushy sentimentality in the relationship between the landlord and his wife which really weren’t needed as Tulasi and Jayaprakash are at their best when they keep their relationship natural and realistic. Definitely one to watch for the main leads and a sweet story that’s warm and engaging right to the end. 4 stars.